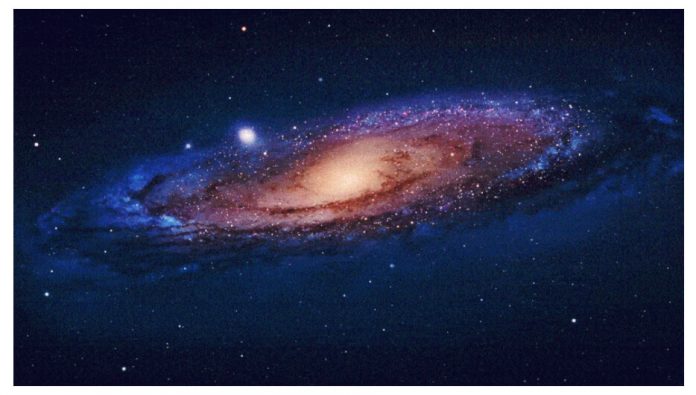 Scientists have discovered an enormous ‘bubble’, or cavity, in space that stretches across almost 500 light-years.

The sphere-shaped void is baffling astronomers as they can’t be sure how it was formed.

Using powerful telescopes, the team at the Institute for Theory and Computation (ITC) at the Center for Astrophysics discovered the cavity, which lies between two well-known star constellations – Perseus and Taurus.

“Hundreds of stars are forming or exist already at the surface of this giant bubble,” says Shmuel Bialy, a researcher in the team, who are currently investigating various theories on how the cavity came about and what – if anything – ever existed before it.

“We have two theories,” said Bialy. “Either one supernova (an event that happens when a star reaches the end of its life cycle and collapses in on itself) went off at the core of this bubble and pushed gas outward forming what we now call the ‘Perseus-Taurus Supershell,’ or a series of supernovae occurring over millions of years created it over time.“

The team only discovered the ‘bubble’ when they were studying ground-breaking 3D maps of the shapes and sizes of nearby molecular clouds – enormous clumps of gas and space dust.

In the past scientists have relied on computer-generated simulations of how molecular clouds are formed, but with the creation of these real-life 3D maps using amazingly powerful telescopes, astronomers are now able to use pictures of the clouds, which has then helped them discover this bubble.

“We’ve been able to see these clouds for decades, but we never knew their true shape, depth or thickness. We also were unsure how far away the clouds were,” said Catherine Zucker, the researcher who led the study creating these maps.

“Now we know where they lie with only one percent uncertainty, allowing us to [discover] this void between them“.