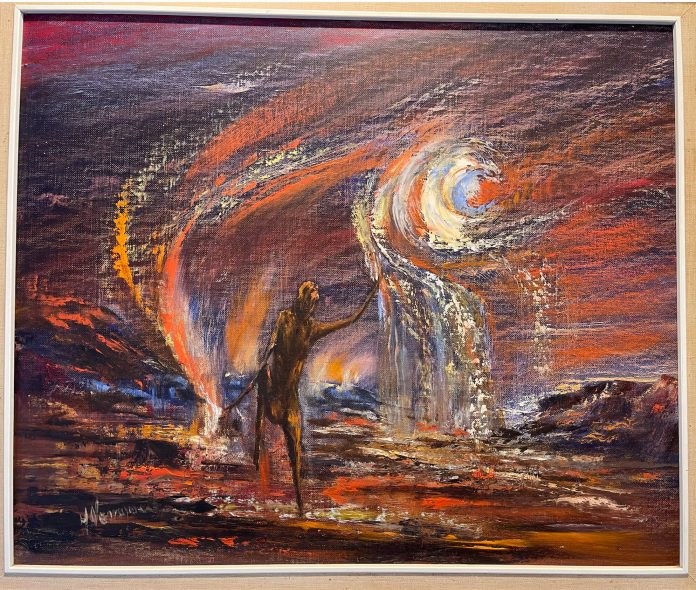 Back in the day, I was living in outback Australia in the small mining village of Coober Pedy. Tried my hand at opal mining without much success. When the beer money got a bit low, I got a job with a bricklayer as his labourer. We were employed to build the new rail station being built at Manguri. This was on the new Tarcoola to Alice Springs line.

One day in the pub, we didn’t work all the time, I got talking with an old man who called himself an artist and painter. I found out later that he was on parole after a lengthy prison sentence for killing his wife with an axe.

The painting above is one he did for me. It’s his version of an Aboriginal myth of how their ancestors had created the moon out of the Earth. I post it here to show that the Maori don’t have all this myth shit on their own.

It’s been hanging on the wall for the last 43 years. 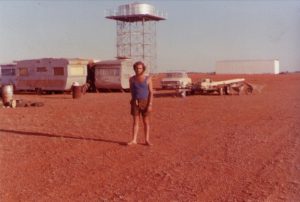 Previous articleNot For Me, But For Thee
Next articleHave Your Say