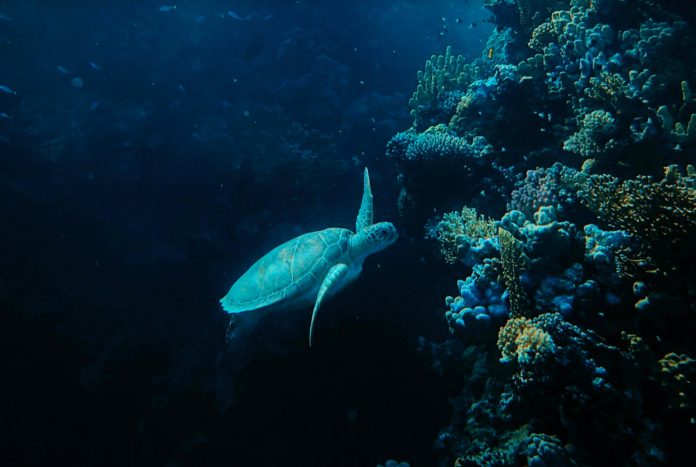 A massive, detached coral reef the size of a skyscraper has been discovered in Australia’s Great Barrier Reef, researchers announced Monday, marking the first such find in over a century.

The remarkable, 1,600-foot-tall underwater structure – the first to be discovered in 120 years – is taller than manmade buildings like France’s Eiffel Tower, New York City’s Empire State Building, and Britain’s tallest building, the 95-storey The Shard.

The unexpected discovery was made on Oct. 20 by a team of Australian scientists on the Schmidt Ocean Institute research vessel Falkor who were on a 12-month expedition conducting underwater mapping of the northern seafloor of the Great Barrier Reef.

On Sunday, the team used the institute’s underwater robot or remotely operated vehicle (ROV) SuBastian to explore the new reef. The institute live-streamed the robotic dive and subsequent “climb” up the reef, allowing viewers across the world to enjoy close-up views of the tremendous natural structure.

The blade-like reef measures nearly a mile wide at its base, and its tallest point extends to about 130 feet below the surface of the ocean.

“This unexpected discovery affirms that we continue to find unknown structures and new species in our ocean,” Wendy Schmidt, the institute’s co-founder, said in a statement. “The state of our knowledge about what’s in the ocean has long been so limited. Thanks to new technologies that work as our eyes, ears and hands in the deep ocean, we have the capacity to explore like never before. New oceanscapes are opening to us, revealing the ecosystems and diverse life forms that share the planet with us.”

The towering reef lies off the coast of North Queensland, in the area surrounding Cape York. Since the late 19th century, seven detached reefs have been found in the region.

“We are surprised and elated by what we have found,” said Robin Beaman, a marine geologist at James Cook University who is leading the expedition. “To not only 3D map the reef in detail, but also visually see this discovery with SuBastian is incredible.”

The expansive Great Barrier Reef comprises about 2,900 reefs and 900 islands. It is home to an incredible array of fish, shrimp, and various other reef denizens.

In recent years, dead coral reefs have become one of the major horrors resulting from the impact of human economic activities, with thousands of miles of coral ecosystem across the globe being transformed into bleached-out graveyards due to the devastating impact of fast-heating ocean temperatures, rising sea levels, pollution, marine pests, and overfishing.

The newfound reef is completely separate from the main shelf edge of the Great Barrier Reef, and very little is known about why such detached reefs exist.

And while the Great Barrier Reef has felt a devastating impact from recent coral bleaching, the newly-discovered reef appears to be mostly intact.

“To find a new half-a-kilometer tall reef in the offshore Cape York area of the well-recognized Great Barrier Reef shows how mysterious the world is just beyond our coastline,” said Jyotika Virmani, the executive director of Schmidt Ocean Institute. “This powerful combination of mapping data and underwater imagery will be used to understand this new reef and its role within the incredible Great Barrier Reef World Heritage Area.”