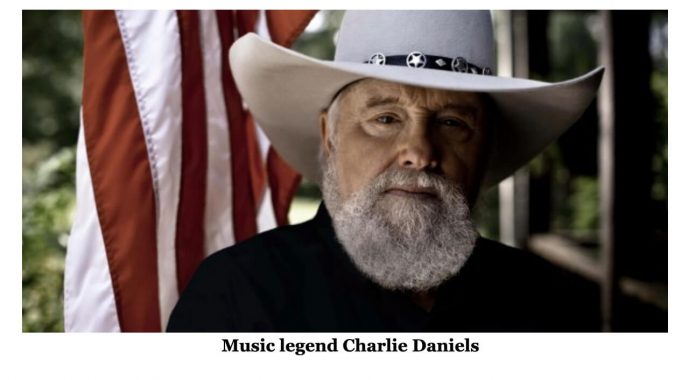 Country-rock superstar: The deep state does whatever it wants

Double taxes, like what would have to happen, at least, for the Green New Deal?

How about outlawing homeschooling, so every child faces growing up years of government approved indoctrination?

What about the out-and-out confiscation of firearms, ALL firearms?

Never could happen in America?

In his new Soap Box commentary, he says “they” can do anything if they are given enough power.

“Let’s say that your taxes double, homeschooling is made against the law and one morning you wake up with federal agents knocking on your door with a federal search warrant to locate and confiscate all your firearms. Well, the first thing you’re going to say is ‘They can’t do that.’

“WRONG, these people, once they surround themselves with power can do anything they want, up to and including the stringent measures I listed above.”

He said the U.S. entered a “Danger Zone” a few years back and it’s still there.

In it, the “American Dream, our individual rights, our Sovereignty, and any real chance of pursuing life liberty and the pursuit of happiness, without interference from an all-consuming central government would become a thing of the past,” he said.

He pointed out that several reports soon will be released that could reveal exactly how close American came to not being.

“It would appear that in the coming months several separate reports will be issued that could expose a coordinated attempt to defraud the federal justice system, threaten the rights of citizens, drive others into bankruptcy by unrelenting pressure, cover up serious federal crimes by high government officials and circumvent the will of the American people by removing a sitting American president by bogus processes,” he said.

He was talking about the Democrats’ years-long claims of “collusion” against President Trump, their allegations of corruption, of bribery, of quid pro quo, and their current impeachment campaign in Congress.

“These things alone threaten the freedom, due process and quality of life of every American, but should they succeed, the ramifications would change America forever. Let’s take a look,” he said.

“A FISA warrant is one of the most serious and most secretive documents in our nation’s arsenal in our fight against espionage, terrorism and subversion and involves using federal agencies in spying on an American citizen.

“It requires credible information that an American citizen is involved in something that constitutes a serious danger to the nation. It requires heavyweight signatures and has to be signed off on by the FISA Court, the [acronym] FISA stands for Foreign Intelligence Surveillance Act and there has to be strong, evidence-backed by a declaration of imminent crimes against the state, such as collusion with foreign powers, planning a terrorist attack or other plots to harm America.”

But those used by the Obama administration to spy on President Trump’s campaign were “obtained under shaky and questionable, possibly totally false circumstances,” he said.

And then, “Hillary put Secret State Department documents on an unsecured server and destroyed documents that were under federal subpoena.”

“When you hold all the cards in government, the collusion of the head of the FBI and cooperation of the heads of other powerful government agencies, and the media is in your pocket you can do just about anything you want to,” he said.

“What I’m saying people is, I truly believe that America came dangerously close to losing control of our government. These people have already shown us the treachery they’re capable of and the distances they are willing to go and the evil they’re willing to use to achieve their goals,” he said.