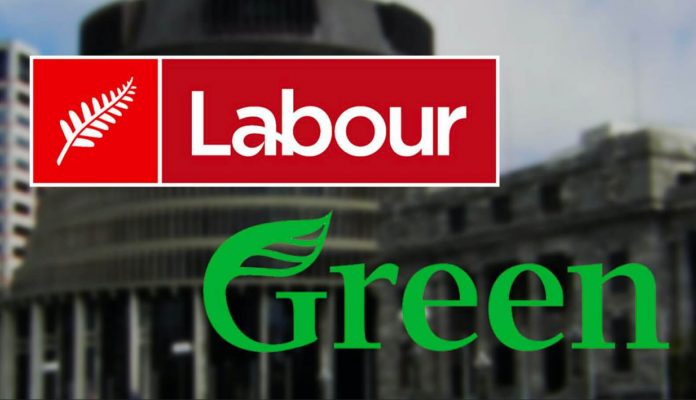 This year’s election is shaping up to be all about mates – who has friends and who doesn’t.

Our latest Newshub-Reid Research poll sets the scene this election year – and what a scene it is. National and Labour have never been this close in our poll’s history.

And because the two major parties are neck-and-neck, they are going to need all the help they can get.

This is a taser poll – sending a jolt to all the parties. It’s a wake-up call that this election couldn’t be closer – a thriller decision 2020.

National slipped slightly to 43.3 percent – down .6 percent. It’s still the country’s biggest party but only just.

But the difference between winners and losers can be good mates and Labour has them.

The Greens get 5.6 percent – down 0.7 percent. They’re getting closer to the danger zone, that 5 percent threshold parties need to get into Parliament.

The Nats have a much smaller crew to depend on but ACT keeps gaining popularity. They’re on 1.8 percent, up .4 percent.

And those are the only parties that make it into Parliament on this poll – New Zealand First is on 3.6 percent, down .4 percent.

Lots of natter about the Māori Party recently has seen a tinsy lift but unless it wins a seat it’s still toast.

The Opportunities Party and the Conservatives also fall off the radar.

Here’s how your Parliament would look based on this poll:

Because everything is so tight and with MMP nothing is certain, we’re staring down one of the most exciting elections yet.

Newshub Political Editor Tova O’Brien says she wouldn’t put money on any potential outcome, and there are several.

Obviously, on this poll, Labour and the Greens are heartened – they get across the line and – bonus – don’t have to worry about Peters.

But a week is a long time in politics, let alone eight months, and this poll shows anything could happen.

The Greens – they’re falling perilously close to that 5 percent threshold so could be out.

And if neither make it, with the National Party the bigger party, Simon Bridges could make it.

Now that he’s ruled out working with NZ First, watch as the Nats set their sights on the Greens – expect an all-out blue-on-green attack.