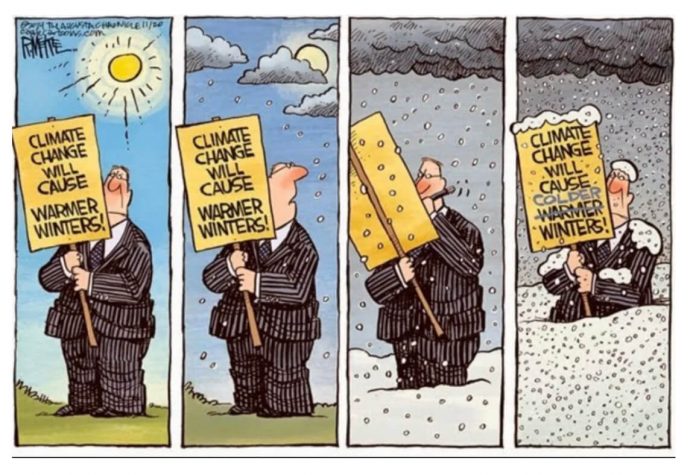 Next 20-30 Years Will Be Cold; Sun Much Less Active

Climate scientist Dr. Willie Soon has urged his fellow academics to pay closer attention to the sun’s activity, which suggests several decades of global cooling rather than warming.

Speaking this week with Alex Newman of the New American, Soon, a Malaysian astrophysicist and aerospace engineer, said that “what we predict is that the next 20-30 years will be cold. It will be cold, so it will be a very interesting thing for the IPCC to confront.”

“The whole climate system is powered 99.1 percent by the sun’s energy,” he stated.

Soon, a researcher at the Solar and Stellar Physics Division of the Harvard–Smithsonian Center for Astrophysics, said that global cooling is a far greater source of concern than global warming.

“We will have a lot more problems were the planet to cool rather than warm,” Soon insisted.

Humanity can solve a lot of problems including overheating, but the problem of a “little ice age” like that of the 1700s, “those problems are much harder to solve,” he said.

“If you want to face a serious problem, worry about an ice age; never worry about global warming,” he declared.

Soon’s warnings dovetail with a report Wednesday of billions of dollars of Chinese investment into elite American universities to promote climate alarmism as “one of the Chinese Communist Party’s chief weapons against the United States of America.”

The U.S. State Department uncovered $6.5 billion in undeclared university [funds], most of which came from China, in an attempt to “project ‘soft power,’ steal sensitive and proprietary research and development data and other intellectual property, and spread propaganda benefitting foreign governments.”

“It makes perfect sense that the Chinese Communists are manipulating fears of a climate catastrophe to its advantage,” the report noted. “The CCP wants the U.S. and other nations to pass laws making energy and manufacturing more expensive while they expand their economy, take our industries and our jobs, and do so with little regard for the environment or human rights.”

“It is a strategic geopolitical tool used by China and other nations that want to weaken America, and the freedoms we enjoy,” it said.