You Stupid Boy
Home Chinese Virus No Christmas this year

No Christmas this year 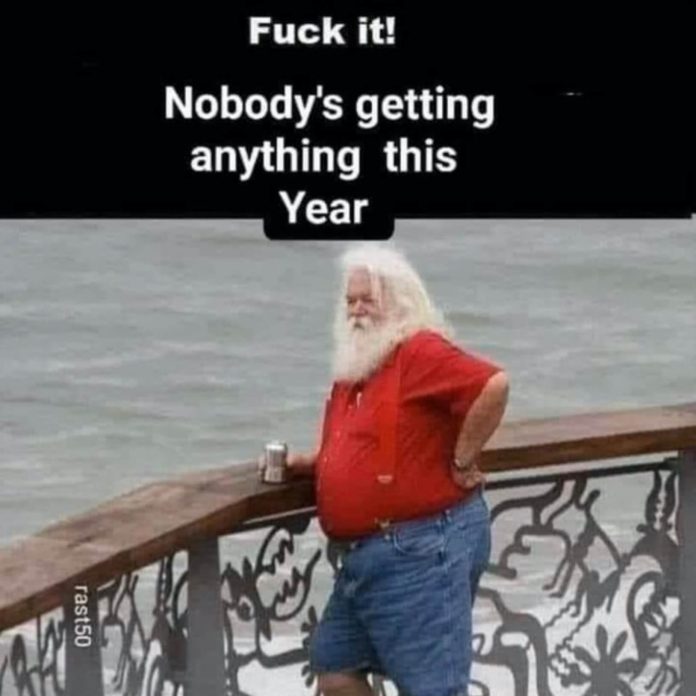 CNN Tries To CANCEL Christmas: ‘Probably Not Going To Be Possible’

Americans must be prepared to cancel Christmas according to CNN, with anchor Jake Tapper saying “Christmas is probably not going to be possible” during an interview with Dr. Anthony Fauci on Sunday.

Across the US, millions of Americans are already planning on scaled-back Thanksgiving dinners, with only members of their immediate family “bubbles” invited.

As angst about the ruined Thanksgiving holiday continues to brew, Dr. Anthony Fauci acknowledged Sunday during an appearance on CNN’s “State of the Union” that American families should probably prepare to skip Christmas celebrations this year, too.

ZH report: While Dr. Fauci has repeatedly praised Pfizer and Moderna, and assured the American public that the FDA’s first vaccine emergency-use authorization could be handed down within days, he cautioned during Sunday’s interview that people should continue to wear masks and observe social distancing even after they’ve been vaccinated.

It’s just the latest unsettling hint that social distancing requirements could be here to stay.

“I would recommend to people to not abandon all public health measures just because you’ve been vaccinated,” Fauci said during an appearance on CNN’s State of the Union. “Because even though for the general population it might be 90% to 95% effective, you don’t necessarily know for you how effective it is.”

Later in the interview, Dr. Fauci agreed, with some trepidation, with Jake Tapper’s assessment that Christmas “is probably not going to be possible.”

Previous articleHave Your Say
Next article“Reset” a conspiracy no more.

Scientists Admit Covering Up Lab Leak Theory to Avoid Being ‘Associated’ with Trump By way of an unforgivable (but very revealing) act of silence, several...
Read more
Chinese Virus