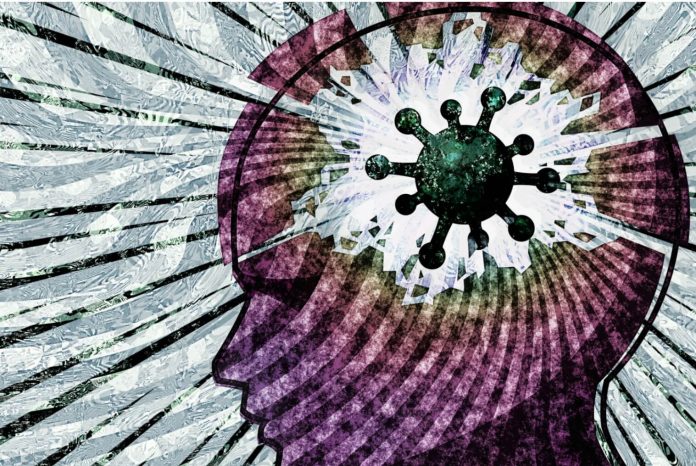 COVID-19 can age the brain by 20 years, some patients ‘never fully recover’

CAMBRIDGE, United Kingdom — A severe coronavirus infection could leave patients with the brain of a 70-year-old, lowering someone’s IQ by 10 points, according to a new study. Researchers from the University of Cambridge and Imperial College London found that COVID patients are dealing with levels of cognitive impairment which are similar to the decline a healthy person sees between the ages of 50 and 70. Disturbingly, the team warns that this damage may never fully heal.

Long-term cognitive and mental health problems have been a growing issue during the pandemic. Even after the infection passes, a large number of patients continue to experience “brain fog,” problems recalling words, sleep issues, PTSD, and dozens of other symptoms for months — a condition doctors call long COVID. A recent study found that up to six in 10 recovering patients develop long COVID.

Even a mild case of the virus can lead to lingering cognitive issues. Study authors say as many as three-quarters of hospitalized COVID patients could suffer from some level of brain damage and cognitive decline.

Their new study examined 46 coronavirus patients entering the hospital or an intensive care unit between March and July 2020. Sixteen of these individuals ended up needing mechanical ventilation due to severe infection. 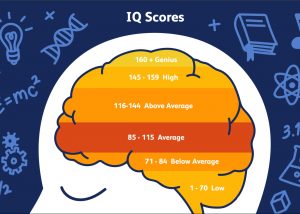 In comparison to over 66,000 healthy people from the general public, results show severe COVID patients were less accurate and had slower response times on cognitive tests. These deficits were even worse among patients needing ventilation while in the hospital.

Estimates show that the damage from a COVID-19 infection led to the same amount of cognitive decline that the average person sees after 20 years of aging — between ages 50 and 70. That’s also the equivalent of losing 10 IQ points during their illness and the months following.

Specifically, COVID survivors did poorly on tasks involving verbal analogical reasoning — which translates to problems with finding the right words in conversation. The patients also displayed slower processing speeds, which the team says connects to the decreases in brain glucose consumption within the frontoparietal network of the brain doctors are seeing during the pandemic. This area of the brain controls a person’s attention span and complex problem-solving skills. It’s also important to their working memory.

“Cognitive impairment is common to a wide range of neurological disorders, including dementia, and even routine ageing, but the patterns we saw – the cognitive ‘fingerprint’ of COVID-19 – was distinct from all of these,” Professor David Menon says in a university release.

Some patients will ‘never fully recover’

Although studies continue to find ties between long COVID and lingering mental health issues, the study authors say they’ve discovered a clearer link between the severity of someone’s infection and cognitive decline. Concerningly, the team found that patients are only gaining some of these skills back over time.

“We followed some patients up as late as ten months after their acute infection, so were able to see a very slow improvement. While this was not statistically significant, it is at least heading in the right direction, but it is very possible that some of these individuals will never fully recover,” Prof. Menon adds.

As for what’s causing COVID to take such a toll on the human brain, researchers say there are a number of possibilities. COVID could be directly infecting the brain, but the team notes this is not a major cause. It’s more likely that a combination of inadequate oxygen or blood supply to the brain, blood clots, and microscopic bleeds are all contributing to the brain damage in coronavirus patients.

There is also growing evidence that COVID-19 produces inflammation which is similar to what people experience while developing Alzheimer’s disease.

“Around 40,000 people have been through intensive care with COVID-19 in England alone and many more will have been very sick, but not admitted to hospital. This means there is a large number of people out there still experiencing problems with cognition many months later. We urgently need to look at what can be done to help these people,” concludes Professor Adam Hampshire from the Department of Brain Sciences at Imperial College London.

What this study hasn’t said is, “THE VACCINE IS CAUSING THE PROBLEM”. They are skirting around the issues, knowing the blood clots and brain bleeds are a direct result of getting vaccinated. 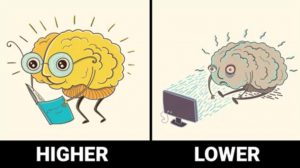 Previous articleAre You Ready For Web3?
Next articleHave Your Say