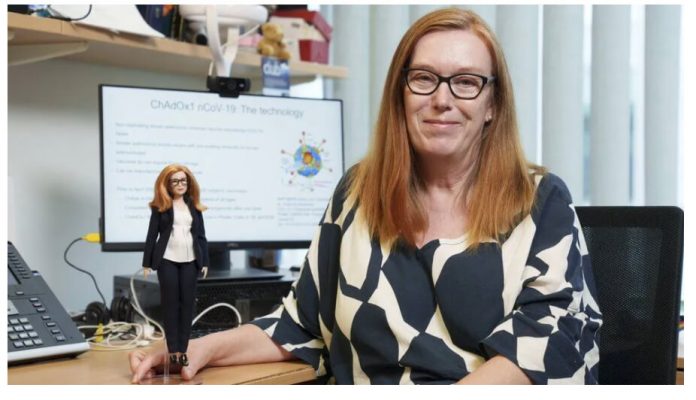 The leading scientist behind the AstraZeneca vaccine expects Covid-19 to recede into the same category as other coronaviruses and cause symptoms no worse than a common cold.

Dame Sarah Gilbert (pictured above) was speaking at a webinar hosted by the Royal Society of Medicine on Wednesday and said there was not an enormous amount of concern about future variants of the virus.

The virologist said the spike protein targeted by vaccines was limited in its ability to mutate to avoid immunity that could potentially make vaccines less effective.

“There aren’t very many places for the viruses to go to have something that will evade immunity but still be a really infective virus,” she said.

“I don’t think there’s an enormous amount of concern that we’re suddenly going to see a switch to something that evades existing immunity. What tends to happen over time is there’s just a slow drift, that’s what happens with flu viruses.”

For the virus to completely mutate, its spike protein must interact with the receptor on the surface of the human cell so it can get inside.

If the virus changes its spike protein too much it is unable to interact with the cell’s Ace2 receptor, making it impenetrable.

Small changes to the virus over time is a more likely scenario, that will enable virologists and vaccine manufacturers to adapt and react to those changes, similarly to the way the annual flu vaccine is developed.

Earlier this month, Dame Gilbert said the developing world where vaccines are scarce should be the priority of distribution of supplies of injections, rather than booster campaigns.

The Oxford University professor said immunity in those already given the Pfizer and AstraZeneca doses was holding up well.