You Stupid Boy
Home NZ Politics Not a priority at last. Can we have more like this please.

Not a priority at last. Can we have more like this please. 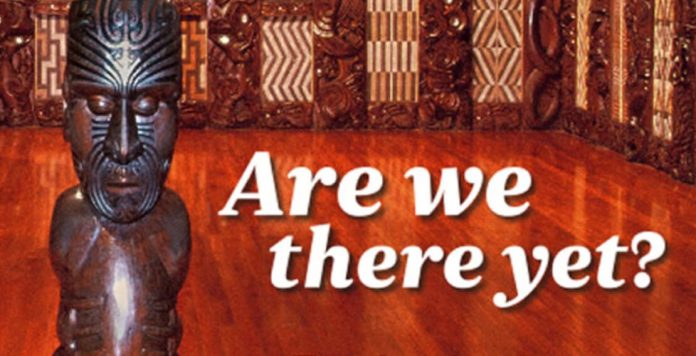 Jacinda Ardern and Judith Collins have been forced to front-up and explain why not a single mention of Māori interests, issues or rights was made during the leaders debate last night.

The 90 minute television debate, hosted by Breakfast’s John Campbell, was also absent of any discussion on the Treaty of Waitangi.

National’s Judith Collins said it was the facilitators job to decide which subjects would be discussed.

“John Campbell is the one who decides what the questions are,” she said.

“You’ve only got thirty seconds in some cases to actually answer questions and if I’m asked a question I’m going to give you the straightest answer I can. If you want an answer about Māori issues he should have asked about it.”

When asked what she could offer the Māori vote, she said her party’s focus was on jobs.

“Our big focus is jobs and I think that’s for every person in New Zealand,” she said.

“And, also, obviously not all Māori are in low decile areas, but we do know that Māori are proportionately in the low decile areas that we would be having STEM skills at school, to show them a pathway through.

“Some of our trades academies that we set up when we were last in government, I’ve been to visit some of those, and have seen just how successful they are, taking kids from all ethnicities through to understanding that there are jobs in places like this, in engineering and mechanics.”

She said her view on diversity in general remained the same.

“I didn’t have to look at the colour of the skin of Dr Shane Reti or Simon Bridges or Harete Hipango to decide where I put them [on the list]. I put them there on merit,” she said.

Labour Leader Jacinda Ardern agreed that during debates, leaders often only spoke to the subject matter that was brought before them.

But she said she would be happy to talk more about Labour’s efforts to improve Māori outcomes in future debates.

“I would welcome the chance to delve a little more deeply into some of those issues. I do think that’s where you’ll see significant contrast between Labour and National,” she said.

“I’m very proud of the work we’ve done to invest in Kōhanga Reo, to increase te reo teachers in school and to Whānau Ora.”

New Zealand Politics Lecturer, Dr Lara Greaves, said she hoped the next debate would cover a range of important topics which were missed last night.

“It would be really cool if someone actually just even mentioned Māori as treaty partners because in that debate we had no mention of Māori or Māori policy, or anything along those lines,” she said.

“I think I’d like to see different issues covered, immigration being another one, and just other things that could have been covered in more depth.”

Oh dear, no one was pandering to the maori for once. When will they realise, that what is good for everyone else, is good for them. This separatist shit has got to stop. Maybe last night was the start of something.

Previous articleHave Your Say
Next articleTell the UN to get stuffed.

just got home from Morrinsville. It was a rowdy gathering outside Power Farming buildings. My guess there was between 800 and 1000 people there. Those...
Read more
Leftie Stupidity

Caught the end of a chat between Ryan Bridge and Peter Williams this AM. They were discussing the upcoming interview at 3 pm with...
Read more
NZ Politics

Any of you good folk on ysb.co.nz attending the Howl of Protest Rally on Friday? https://groundswellnz.co.nz/events/ I will be at Morrinsville on Friday getting a vehicle...
Read more