You Stupid Boy
Home Chinese Virus Not all as it appeared

Not all as it appeared 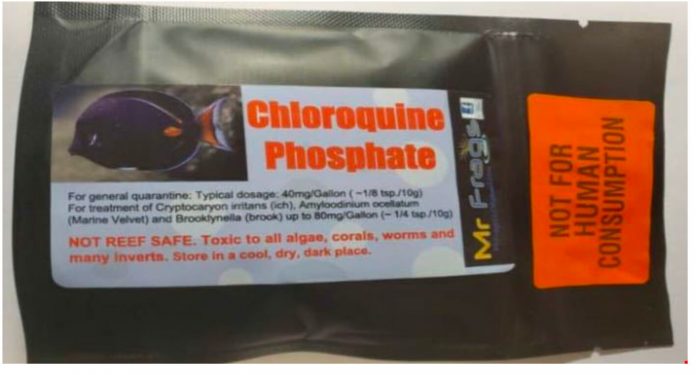 You probably remember this story from last month. A man in Arizona and his wife ingested a powdered chloroquine used for cleaning fish tanks, because they believed it would prevent them from getting the coronavirus. Both were hospitalized but the husband died. Many in the media were quick to blame President Trump and some initially didn’t mention that the drug in question was purchased as fish tank cleaner.

I don’t know what kind of mental impression you formed of this couple after this story broke. For me, I assumed they were probably poorly educated, very scared and possibly not very smart. How else to account for doing something so reckless?

Today the Washington Free Beacon published an investigative piece about the deceased man and he’s nothing like what I imagined. In fact, according to his friends, he was a retired mechanical engineer who was reportedly very well-educated, smart and even-keeled.

These people describe Lenius as intelligent and level headed, not prone to the sort of reckless and impulsive behaviour he reportedly engaged in on the day he died. This account is based on interviews with three people who knew Lenius well and paints a picture of a troubled marriage characterized by Wanda Lenius’s explosive anger.

“What bothers me about this is that Gary was a very intelligent man, a retired [mechanical] engineer who designed systems for John Deere in Waterloo, Iowa, and I really can’t see the scenario where Gary would say, ‘Yes, please, I would love to drink some of that Koi fish tank cleaner,’” one of his close friends told the Washington Free Beacon. “It just doesn’t make any sense.”…

“I would like people to know that Gary was not the fool that some of the media stories and comments are depicting him to be,” said the same friend. “I really don’t think Gary knew what he was taking.”

Gary and his wife Wanda met and married in 2000 (both had been married and divorced). A few months after their marriage there was a domestic violence call to their home. She hit him and Wanda was charged with a misdemeanor. But Gary testified on her behalf and she was found not guilty.

Wanda also had troubles at work. She filed a lawsuit against her employer (where Gary also worked) claiming she’d been discriminated against. During a deposition in that case, Wanda said she was “furious all the time.” She also said she wanted Gary to retire so they could get away from the company.

Gary did retire in 2012 and they moved to Arizona. Gary took up making remote-controlled model airplanes. If you’ve ever seen one of these kits, they often require many hours of meticulous work to build. But the planes apparently became a source of trouble in their marriage. A source tells the Beacon that Wanda would visit him at a local park where people would meet to fly their planes and she would routinely “berate Gary in public.”

At one point, Wanda destroyed several of his planes, apparently because he came home late for a meal. In another instance described as having happened more recently, Wanda allegedly destroyed the screen to his laptop because she was angry he had upgraded software on her computer. In both cases, Gary reportedly took it in stride. He fixed the planes he could and the laptop on his own.

So what did happen the day that Gary took a lethal dose of chloroquine? When asked if they’d had a discussion about it beforehand, Wanda told the Beacon, “No. I mean, it was really kind of a spur of the moment thing.” A friend of Gary’s said Wanda would often make “a cocktail of vitamins for Gary.” He was in the habit of taking what she prepared for him.

About a week before he passed away, a friend said Lenius told him “that he would never remarry if something happened with him and Wanda.”

“Gary loved Wanda,” said the friend. “He trusted her to do the right thing for him, I doubt that he second-guessed when she gave him the chloroquine.”

Did Gary really know what he was taking that day? Some of his friends seem to think it would have been very out of character for the even-tempered, well-educated man to do something so reckless.

Previous articleWe Will Remember Them
Next articleHave Your Say