You Stupid Boy
Home Climate Change Bullshit Not Before Time

Europe’s wind turbine makers are in financial freefall; with subsidies slashed, demand for turbines has collapsed, input costs are soaring and their Chinese competitors are benefiting from their cheap and reliable supplies of coal-fired power. Oh, the irony!

The barely disguised panic in this article from ReCharge (one of Europe’s leading wind and solar propaganda outfits) suggests that Europe’s wind industry rent-seekers should be kept well away from sleeping pills and sharp objects, for the foreseeable future.

The nature of the wind industry’s implosion is spelt out in this quote from one of them: “the economics in the wind industry had been destroyed due to price pressures from competitive tenders coupled with a low visibility of wind capacity pipelines due to failed government policies.”

The “competitive tenders” are coming from China’s turbine makers, which enjoy power prices a fraction of those being suffered in Germany, thanks to an abundant supply of nuclear and coal-fired power.

And the reference to “failed government policies” is to be read as a gripe about the fact that Europe’s policymakers have already slashed subsidies to wind and solar. 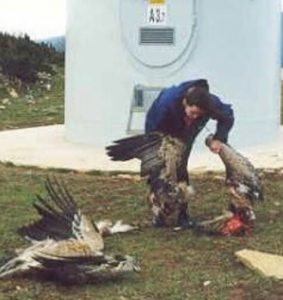 However, as you read on, there is also the stark realisation that Europe’s obsession with unreliable wind power has left it thoroughly vulnerable to Vladimir Putin and his ability to restrict Europe’s access to the gas it needs to keep the lights on when the sun sets and/or calm weather sets in.

That vulnerability has led to major backflips and energy policy, not least in Germany where the decision has been made to keep its coal-fired and nuclear power plants open, notwithstanding (set-in-stone) policies to shut down both classes of generator by year’s end.

Now, the only thing that seems ‘inevitable’ about Europe’s inevitable transition to an all wind and sun-powered future is bankruptcy for those who have, hitherto, profited so very handsomely from the greatest economic and environmental fraud of all time. Oh dear, how sad, never mind.

‘We’re All In Trouble’ | Wind Turbine Makers Selling At A Loss And In A ‘Self-Destructive Loop’, Bosses Admit
ReCharge
Bernd Radowitz
5 April 2022

Raw material and logistics inflation coupled with downward price pressures from auctions have led to an unsustainable situation where wind OEMs are selling at a loss, with the sector unable to deliver Europe’s planned tripling of wind capacity by 2030, industry leaders have warned.

“The state of the supply chain is ultimately unhealthy right now,” GE Renewable Energy chief executive for onshore wind, Sheri Hickok, told a panel at the WindEurope 2022 conference in Bilbao on Tuesday.

“It is unhealthy because we have an inflationary market that is beyond what anybody anticipated even last year. Steel is going up three times.”

Steel for offshore wind towers is currently being purchased at over $2,000 per tonne, Hickok gave as example, adding that the prices of copper, carbon and logistics had also soared.

“It is really ridiculous to think how we can sustain a supply chain in a growing industry with these kind of pressures.”

After hefty price hikes last year in the wake of the Covid-19 pandemic “things were higher but stabilising,” Hickok said, but added that with Russia’s war in Ukraine, the entire system had “unhinched” again in the past eight weeks, making it unsustainable at an unprecedented level of uncertainty.

The GE executive said she is very fearful for the entire wind industry ecosystem.

“Right now, different suppliers within the industry are reducing their footprint, they are reducing jobs in Europe,” she explained.

“If the government thinks that on a dime, this supply chain is going to be able to turn around and meet two to three times the demand, it is not reasonable.”

The European Commission’s recent REPowerEU plan, formulated in response to Russia’s invasion of Ukraine, wants wind power capacity to soar from 190GW today to 480GW by 2030. 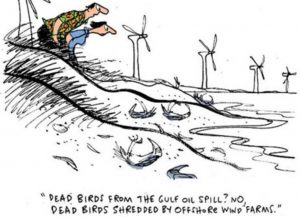 Nordex chief executive José Luis Blanco stressed that even before the Ukraine war, the economics in the wind industry had been destroyed due to price pressures from competitive tenders coupled with a low visibility of wind capacity pipelines due to failed government policies.

“We are still selling at loss, because of the dynamic of auctions, the low predictability of volumes,” Blanco told the conference.

“We are investing in volumes in trust in market dynamics, then the volume doesn’t come, then a factory is empty, [and then] it is better [to have] some cash flow than no cash flow — and [consequently] the sector enters into a self-destructive loop.”

Blanco also said if Europe wants to triple its wind power capacity, it needs to better support the independence of the supply chain.

Currently, some 85 percent of the industry’s components are, however, coming from China, he said.

“The energy independence is supported by a supply-chain dependency policy. This a huge risk.”

Blanco was not only referring to rare earths, but said “normal things” such as metallic shafts in turbines, 95 percent of which are sourced in China.

All Onshore OEMs In Trouble

Over the past eight years, cost was the only driver for developments, with low levelised costs of energy and low turbine prices driving the whole business, he told WindEurope 2022.

“We have reached a low cost base, but at the price of outsourcing to low-cost countries,” Zeschky admitted.

“If you look at Europe and Germany, we are constantly losing jobs in industry by relocating to other places.”

But the situation has changed fundamentally, he pointed out.

Due to Russia’s war in Ukraine, “we are faced with a situation, where it is not only about cost, but about an independent, resilient and reliable energy situation in Europe”.

To have sustainable energy generation, Europe needs a sustainable industry, and thus has to overcome being constricted to the lowest cost, he explained.

“That needs to change.”