You Stupid Boy
Home Leftie Stupidity Not everyone likes Helen

Not everyone likes Helen 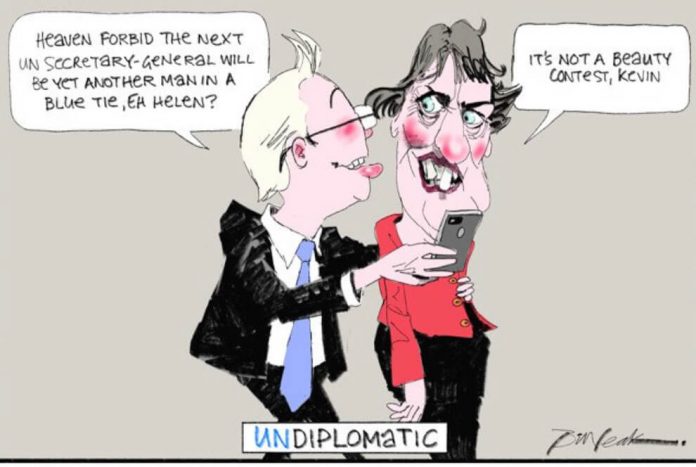 A prominent human rights lawyer has taken aim at Helen Clark after she was appointed the head of a review into the World Health Organization’s (WHO’s) handling of the COVID-19 pandemic.

He also describes her as “an apologist for WHO wrongdoing” and took issue with her blocking him and UN Watch on Twitter.

“Shame on Helen Clark for blocking the only watchdog group that would hold her to account,” Neuer wrote in one post.

“As former Prime Minister of New Zealand, we expected more. It really does seem she was named to this inquiry to ensure both China and the WHO get a free pass.”

In another tweet, Neuer described Clark’s appointment as a “disaster” and pointed out her close professional relationship with UN Goodwill Ambassador James Chau – an individual Neuer says uses his position to “whitewash Beijing’s role in the virus outbreak”.

He also criticised Clark’s previous endorsement of Cuba for sending health professionals to emergencies – despite the UN castigating Cuba’s treatment of its medics abroad as “a modern-day form of slavery”.

It’s not known why Clark blocked Neuer and UN Watch on Twitter. Newshub reached out to a representative of Helen Clark for comment, but had not received a response at time of publishing.

After her appointment, she told The AM Show she believes she’s well-suited for the role as there’s a lot of “geopolitics” surrounding the review.

“When you’re looking at the WHO-led response you’re also looking at how countries responded to it; did countries play their part? There is a broader focus there,” she said in an interview with The AM Show.

“I think we have to come to this with open minds – I think one of the reasons they’ve come to me is I’m seen as an independent person [and] a lot of countries have worked with me.”

Previous articleLefties losing it
Next articleHave Your Say