You Stupid Boy
Home Climate Change Bullshit Not For Me, But For Thee 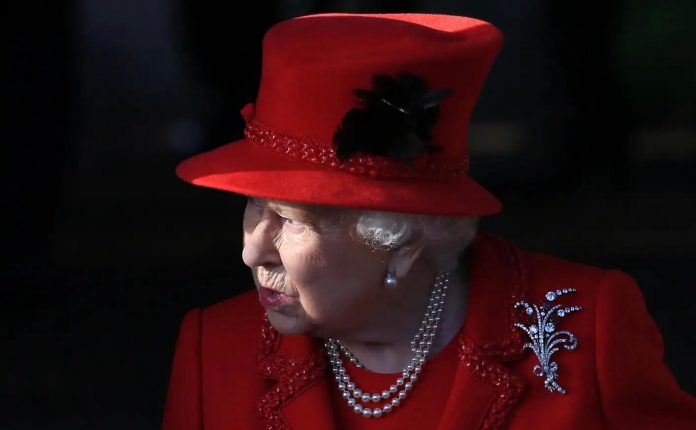 The royal family is one of the largest landowners in the country. But apparently, it doesn’t want that land affected by climate legislation.

Queen Elizabeth has endorsed reducing plastic pollution at Buckingham Palace, but it turns out the monarchy may not be taking a climate-friendly turn just yet. On Wednesday, the Guardian published a scathing report detailing how the Queen spent months quietly lobbying Scottish ministers to exempt her private land from a major initiative to cut carbon emissions.

According to the report, the law the Queen was trying to sidestep was legislation meant to allow the construction of pipelines designed to heat clusters of homes across the region with renewable energy, rather than individual boilers and furnaces that rely on fossil fuels. Scotland has been making a serious push to bring the country on board with renewable energy since 2011, when it first announced the goal to generate 100% of its electricity via renewable sources by the end of 2020. It was on track to do just that as of early last year. (The BBC found that it ended up getting to 97%, which still isn’t too shabby.)

With the help of public records uncovered by researchers working with the Scottish Liberal Democrats, the Guardian detailed how the Queen actively pushed back against the impending legislation to keep land she owned from being affected. The part of the law she seemed to take the most issue with was a clause that companies and public utilities would have the power to buy land from those that own it. The monarchy is one of the biggest landowners in Scotland, and apparently Queen Elizabeth didn’t want that to change. Through an what the Guardian called an “arcane parliamentary mechanism” allowing the Queen to take a look at legislation before its introduced. After being first notified about the impending bill in January, her team said the Queen would consent to passing it with a few tweaks—that applied to her land specifically.

A month later, it seemed like those tweaks made their way into the final legislation. Per the Guardian’s report, officials working under former Scottish Energy Minister Paul Wheelhouse “recorded that the Queen’s lawyers raised concerns about the bill,” before he agreed to alter the bill to their specifications. Later that month, Wheelhouse put out an amendment to the bill that would only apply to the Queen’s more than 91,420 acres of land across Scotland. The Crown also owns “virtually all seabed out to 12 nautical miles” from Scotland, which the Queen is using to try and cash in on the offshore wind rush. Just on her own terms.

The amendment to clean heating legislation was written specifically to prevent any company—public or private—from getting the Queen to fork over any land to allow more green pipelines to be built. While this amendment received pushback from some other members of parliament, Wheelhouse apparently responded that it was necessary “ to ensure the smooth passage of the bill.” And so it passed. But until these documents came to light, nobody knew it was specifically passed as a condition of getting the Queen’s consent; which is in itself an antiquated, “purely formal” part of the passing laws across the UK.

In response to questions from the Guardian, a government spokesperson said that the “Scottish government policy is that the crown should be subject to regulatory requirements on the same basis as everyone else, unless there is a legitimate reason for an exemption or variation. However, crown consent is required by law if a bill impacts the private property or interests of the sovereign—and that is what happened in this case.”

Apparently, this means one of the largest landowners in the country doesn’t need to abide by the country’s climate bill. And that’s going to make getting to 100% renewable energy that much harder.