You Stupid Boy
Home US Politics NZ a trial run for lefties to win?

NZ a trial run for lefties to win? 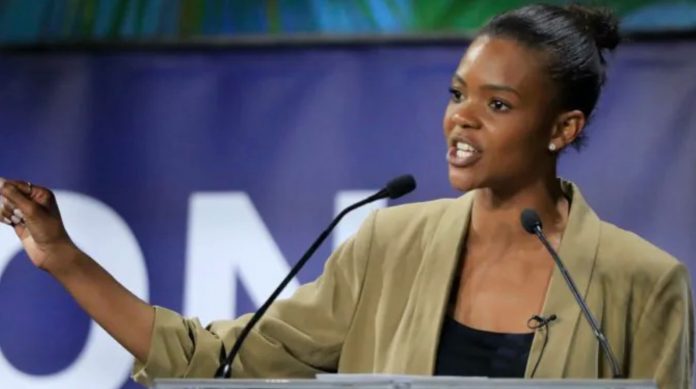 Candace Owens: Dems Are Using Coronavirus To Force Socialism on America and ‘Rig The Election’

Democrats are using the coronavirus to rig the election, according to Candace Owens who warns the left crashed the economy, putting “a ton of people” out of work and forcing millions of voters to rely on “the Left’s Socialist system.”

“They’re relying on stimulus checks. And, that means they’re going to be more inclined to vote for someone who has more Socialist perspective,” warns Candace Owens, who also pointed out mail-in voting allows for “a ton of rigging.”

“Coronavirus is the greatest rigging of an American election that has ever taken place— and we are all unwitting participants,” Owens declared in a tweet of video from her interview with The Daily Caller.

Owens argued that the Left is using the pandemic to hide both their true policies and presidential candidate while preventing President Donald Trump from holding campaign events to tout his policies.

In addition, the Left is using the coronavirus to push for mail-in voting, “which allows for tons of rigging,” Owens said:

“This is the greatest rigging of an American election that we are all playing a part in right now.

“We don’t see the candidates, right. The candidates are not allowed to travel. They can’t talk about their policies. Who knows? They’re already saying now at The New York Times that there might not be a debate.

“The Left is completely hiding their campaign. That is their strategy: ‘We’re going to hide Joe Biden so you never have to meet him. And, at the same time, we’re going to tell the current president that he can’t he can’t travel – but, if he does any events, if he has a room full of people, that it’s all dangerous and against safety measures and it’s not right.’

“Then, you have them talking about mail-in voting, which we know is corrupt. We know it’s corruptible. We know that it allows for tons of rigging.”

Another way the Left is seeking to rig the election is by shutting down the U.S. economy, thus making Americans dependent on Socialist policies, Owens said:

“Now, they’ve crashed the economy and forced a ton of people that maybe would have considered some conservative voting, it they had a job, their lives were together.

“Well, now they’re relying of the Left’s Socialist system. They’re relying on stimulus checks. And, that means they’re going to be more inclined to vote for someone who has more Socialist perspective.

“They’re not allowed to work, right? So that naturally puts them out of the category of voting that they maybe would’ve been in if things had been normal, right?

“So, we see all this stuff happening and we’re supposed to think that November is not being impacted by all of this.

Previous articleHave Your Say
Next articleHYDROXYCHLOROQUINE