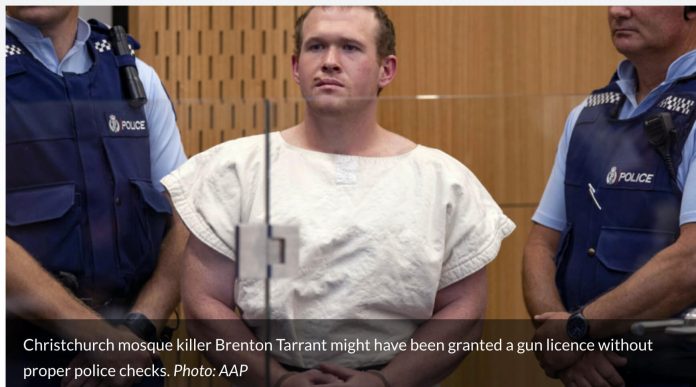 A bombshell report claims the Christchurch mosques terrorist was wrongly granted a firearms licence by New Zealand police, allowing him to compile the weapons used to murder 51 people.

Australian man Brenton Tarrant was convicted of terrorism, 51 counts of murder and 40 counts of attempted murder earlier in 2020 when he pleaded guilty to the attacks.

On Tuesday, the Dominion Post reported Dunedin police did not subject Tarrant to the usual regulatory regime when he applied for a firearms licence.

Instead of interviewing a family member, as required, police questioned a father and son, living more than 1000 kilometres away on North Island, who Tarrant met through an internet chat room.

Police have been heavily criticised for their management of NZ’s firearms regime, with further allegations in the Post article of overworked officers and sloppy administration.

The subject will be addressed at the royal commission into the shootings, which is due to report back on July 31.

Police have not responded to the newspaper’s allegations.

Tarrant’s sentencing has been delayed due to COVID-19 but is likely to happen within two months.