Observations on the Great Hunkering 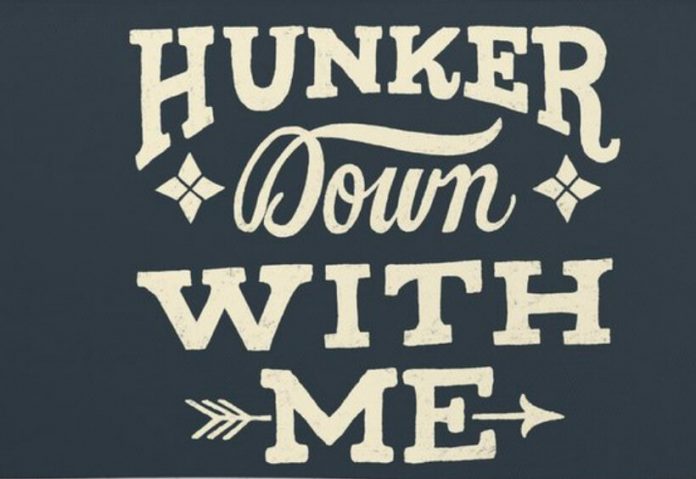 Since it appears we’re all settling for the next two to eight weeks, time to start a running series of short observations on the scene.

First, an announcement: No sooner do we declare a month ago that we wouldn’t institute a regular Mid-Week in Pictures but would only do special editions as circumstances warrant, well guess what mom? If these aren’t special circumstances, I don’t know what is. So for the next few weeks, I’m going to aim to do special TWiP editions on Tuesdays and Thursdays, to be dictated mostly by events and my drinking schedule, since I don’t have a travel schedule at all at the moment. I’ll scale back to one extra edition a week as the crisis abates.

• This episode is going to be a social scientist’s dream. After 9/11, when planes didn’t fly for four days, some clever scientists looked at satellite data to see if the absence of jet airplane contrails over the U.S. could be detected, and if so to what effect. And they were able to detect a very tiny but statistically significant effect, which wrongly fueled the chemtrail nuts, but whatever. Already I am sure people are gathering Bog Data on social media use, purchasing patterns (toilet paper??), TV and movie watching, food and alcohol consumption, etc. Some of this will be hugely interesting, surprising, counter-intuitive in places, and ultimately . . . irrelevant. Like most social science. One thing you will likely not see reported: any racial differences in behavior patterns during the Great Hunkering.

• Two social science predictions: There’s going to be a mini-baby boom nine months from now. That would be good news. Second: we may see a small bump in the divorce rate, too, as enforced time together may cause some married couples on the bubble to throw it in.

• If you know faithful Mormons, you will know they are supposed to keep a two-year food supply on their premises, a practice that dates back to their difficult migratory experience in the 19th century. What Mormons call a “pantry” most of us call a “basement.” I’ve seen Mormon household “pantries” that are better stocked than a good corner bodega.

So what has the rest of America decided to stockpile? Toilet paper. Which suggests some gains from trade with Mormons when the rest of us run out of food. Mitt Romney is going to end up the richest man in America after all.

• Overheard at a bar:

“Girl, if this Coronavirus doesn’t take you out… can I?”

• Two weeks ago it was still plausible to think the coronavirus would be a mere speed bump for the economy, perhaps shaving a percent off our growth rate this quarter. It is hard to see now any way that it won’t be a major economic hit, causing negative growth for this quarter—perhaps substantially so. The formal definition of a recession is two quarters of negative growth; the interesting question right now is whether we will have a sharp v-shaped recovery once the all-clear is sounded. Unlike most postwar recessions that have some underlying economic imbalance or financial crisis behind them, this current moment is more like World War II: there may be a lot of pent up demand that will cause a boom after this is over.  Stay tuned. I’ll be watching for good data on this prospect. It is crucial to Trump’s chances in November.

Previous articleA Story For Our Times
Next articleNo Early Election