You Stupid Boy
Home Climate Change Bullshit Of Course They Will

Of Course They Will 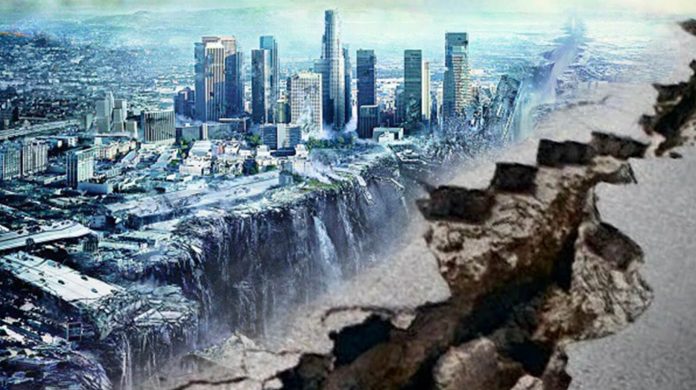 Scientists warn the rotation of the Earth is SLOWING… will they call this “climate change,” too?

Scientists from the University of Colorado and the University of Montana have come together to study the relationship between Earth’s seismic activity and the speed of Earth’s rotation. Every day, the Earth’s complete rotation on its axis fluctuates by about a millionth of a second. For the past four years, the rotation has slowed due to tidal forces between the moon and the Earth. The scientists have examined five other time periods in the past century when the Earth’s rotation has slowed. During those time periods, magnitude seven earthquakes increased by 25 to 30 percent. Therefore, the scientists warned that a swarm of high magnitude earthquakes were bound to occur in 2018, the year after this research was published.

This link from Statista.com shows there were 1,808 earthquakes of 5.0 or higher in 2018, making it an above average year in terms of earthquakes.

The question is: When the seismic activity increases, will the international science community use the earthquakes to support their climate change agenda? As the earthquakes take out heavily populated areas, will “climate change” be used to scare the population into taking political action? Will these natural tragedies be used to promote political goals, eugenics ideas, strategic aerosol spraying, geoengineering programs, and worldwide elimination of fossil fuel-derived energy? Will the climate change cult see the increase in earthquakes as one more reason to blame fossil fuels and “overpopulation” for unpredictable weather events?

Nowadays, almost all extreme weather events are somehow related to this concept called man-made “climate change.” Anytime there is an earthquake, tornado, hurricane, flood, or drought, we are taught to think that human activity is to blame, that rising carbon dioxide levels are causing catastrophic changes across the planet. Subconsciously we are being trained to feel ashamed of our existence, our consumption of energy, our procreation, and the very breath we breathe. Yes, the climate change cult wants to regulate the carbon dioxide that humans exhale every moment.

The climate change cult can’t seem to fathom that the Earth is rapidly changing on its own and surviving on its own, enduring natural phenomenon that is much grander in scope than human activity. The Earth has been around far longer than humans. Shifts in atmospheric gases, temperature, ocean current, water levels, precipitation, and other large scale, natural phenomenon are beyond what humans and their governments can control. The Earth is maintaining its own equilibrium while enduring solar flares, tectonic plate movement, asteroids, and tidal pull. In the bigger picture, the Earth is revolving around the sun and spinning on its axis, part of a greater intelligence than what humans can fathom (or control). 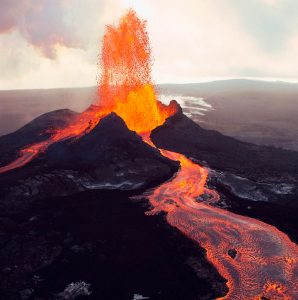 As earthquakes continue to erupt, and as the media portrays the devastation, it will be easy for the climate change cult to blame so-called man-made climate change for all this. Meanwhile, as the political games are carried out, these eruptions are really being caused by greater tidal forces in the cosmos, slower rotation of Earth, and easily tripped fault lines.

As the scientists explain, the Earth’s rotation is slowed through interactions with the moon. The side of the Earth that faces the moon experiences a stronger pull than the side facing away. The gravitational pull stretches the Earth, causing tidal bulges. The moon is pulled back and forth at the rate of 4cm per year. In return, the moon pulls back at the Earth, which ultimately slows down the Earth’s rotation. The changes in Earth’s shape are significant enough to trip fault lines, warn the scientists.

Previous articleHave Your Say
Next articleListen To An Expert