Oh how the Woke Must Hate Them 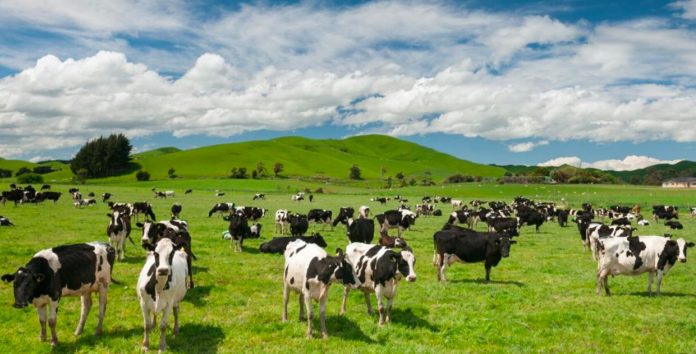 Farmers identified as essential services are being asked to dial-down their “vitriolic” online posts, aimed at people who have been critical of the agricultural sector.

Ag Proud NZ, which aims to bring urban and rural communities together, wants the agricultural sector to show care and compassion for all Kiwis during the Covid-19 crisis.

Chairman Jon Pemberton said rural communities must remain humble and focus on what they do best, “producing world-class food”.

Reading farmers’ posts, which boasted about being an essential service, was not helpful. Ag Proud NZ’s Jon Pemberton is asking farmers to focus on producing food for Kiwis, rather than making ‘I told you so’ comments online.

It was critical of the Government’s high level support for tourism, its plan to convert pastoral land for tree planting and other polices aimed at farmers.

“I guess now all we have once industry shuts down and tourism crumbles completely is the farmers,” the letter said.

The letter prompted Pemberton to issue a statement on the Ag Proud NZ page.

“Across social media we see some members of our agricultural community sharing vitriolic posts aimed at government and those members of society that have been critical of our industry,” he said in the statement.

“No amount of politicking or grandstanding will change what has happened in the past or what people are currently experiencing.”

Pemberton said the critical comments from farmers had reduced since his online plea to cease.

Ag Proud NZ had been running a nation-wide event programme in city centres where urban folk could come and meet a farmer to find out what really happens working on the land.

“With the current global situation, agriculture will now be in the spotlight and relied on not only for sustainment, but potentially for the economic crutch we can provide as an exporting nation.”

“These terms weren’t even on our radars just weeks ago, yet are creating uncertainty and very real anxieties for Kiwis.

“Now is the time for unity, for community spirit and to help all our whanau through whatever lies ahead.”

Waikato Federated Farmers President Andrew McGiven said there was some frustration about how quickly the government identified agriculture as an essential service, yet it still had active policies that “kneecap” agriculture in New Zealand.

He said a failure to recognise some of the work farmers had done in water quality, biodiversity, lowering greenhouse gas emissions, had “sapped the morale” from the farming community.

“… and obviously some people want to make that point known,” McGiven said.

He hoped the Government may now look at agriculture in a much more holistic approach and realise its value to the economy and environment.

“If people want to continually shout [government] down, then we may lose that opportunity and end up back at square one.”

McGiven said it was perhaps “not coincidental” that during lockdown, there were many environmental and climate benefits, yet the same number of ruminants were still being milked.

He agreed with AgProud NZ, that no-one likes people constantly saying “I told you so”.

“And we run the risk of isolating, excuse the pun, ourselves further from our urban cousins.

“At least the Government has realised that the only worse thing than a pandemic is a pandemic and famine.”