You Stupid Boy
Home World News Only way to stop them

Only way to stop them 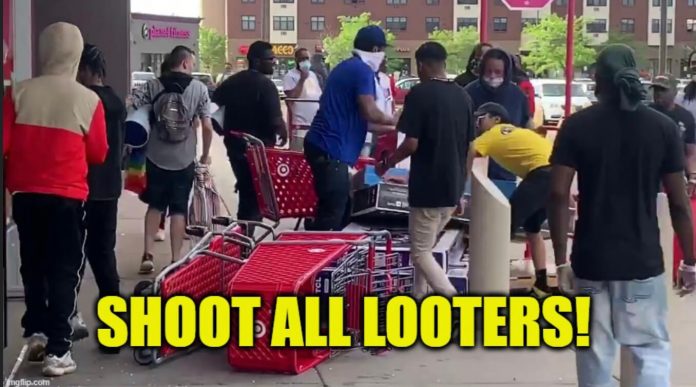 The “anti-mob” bill and seems specifically targeted at the Black lives Matter movement and the ongoing protests against police brutality.

This week, Florida Gov. Ron DeSantis announced the drafting of a new piece of legislation that would expand the state’s Stand Your Ground law. He is calling the legislation an “anti-mob” bill and it seems specifically targeted at the Black lives Matter movement and the ongoing protests against police brutality that have swept across the United States in recent months.

The new legislation, if it becomes law, would allow armed citizens in the state of Florida to shoot, and potentially kill anyone that they suspect of looting a home or business. 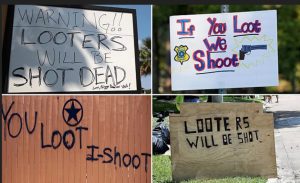 According to the Miami Herald, the legislation is an attempt to prevent “violent and disorderly assemblies” by allowing civilians to use violence against anyone involved in the “interruption or impairment” of a business. The law specified that any burglary within 500 feet of “violent or disorderly assembly,” could be legally answered with lethal force.

The proposed legislation has been criticised by legal experts in the state, who fear that it could give vigilantes a license to kill anyone who they deem to be a rioter, and could further increase the change of civil unrest.

Former Miami-Dade County prosecutor, Denise Georges, who has experience with Stand Your Ground cases in the state, told the Herald that, “It allows for vigilantes to justify their actions. It also allows for death to be the punishment for a property crime — and that is cruel and unusual punishment. We cannot live in a lawless society where taking a life is done so casually and recklessly.”

DeSantis has been working to impose measures to crack down on protesters all year, and has promoted similar ideas in recent months, including immunity for drivers who run over protesters. Legal experts are concerned that this sends the wrong message to counter-protest groups who already perceive themselves to be vigilantes.

This year has seen numerous cases of vigilante violence, and in many of these cases, the suspect ended up walking free because of the laws already on the books.

There is also language in the bill that attempts to block local jurisdictions from defunding police departments, by cutting their entire budget if they decide to scale back police funding.

Miami Beach Mayor Dan Gelber, a former prosecutor, and critic of the already existing Stand Your Ground law, said that DeSantis is attempting to earn favor with the Trump administration.

“It’s clear that the Trump beauty pageant is still going on with governors and senators, who all want to be the next Trump. And the governor is clearly a very good contestant,” Gelber said.

The proposed law remains in draft form and could not be considered until the 2021 legislative session at the earliest.

Previous articleDumb lefties cannot help themselves
Next articleHave your say