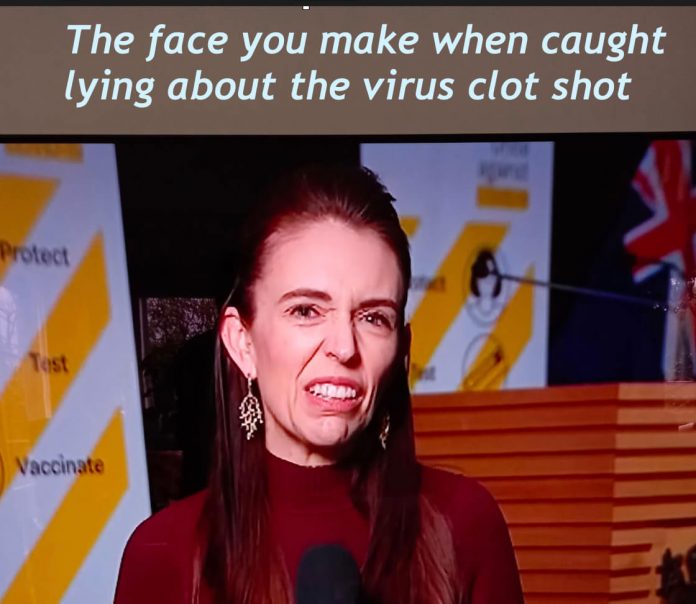 Alice sent me this;

Click on this link and it downloads a movie to your device.

A friend sent me the attached clip. I cannot find it on YouTube and suspect it has been withdrawn such is the open and transparent nature of Ardern’s government the Angel of Death wouldn’t want the sheep seeing it.

Got the following from a YSB commentor Here's a kids letter to Cindy, we know how much she loves to show off other kids' fan...
Read more
NZ Politics

The Podium of Mistruth?

Who would have thought that she would prove to be a blatant liar in such a short space of time? https://www.lifesitenews.com/news/flashback-new-zealand-pm-told-public-we-are-your-single-source-of-truth/ Then we have this Government will...
Read more
NZ Politics

I think I can confidently say, most of us on YSB are centre-right in our political leanings. With this in mind, I have been...
Read more