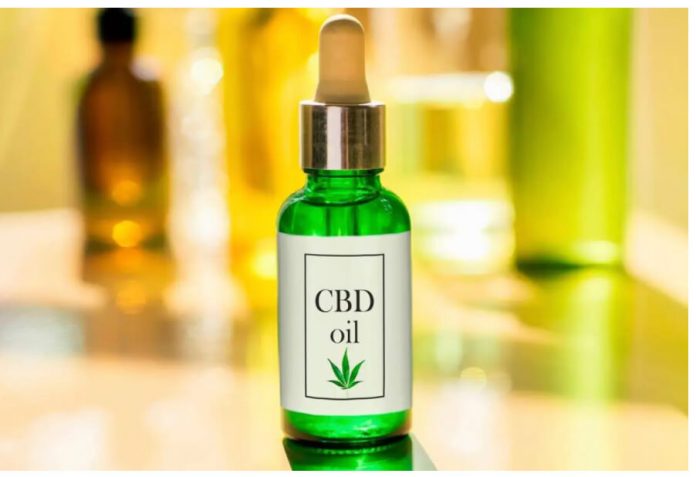 While not a substitute for vaccines, “CBD has the potential to prevent infections, such as breakthrough infections,” the study’s lead author said.

Cannabidiol—the non-psychoactive cannabis compound better known as CBD—is a potent blocker of SARS-CoV-2 replication in human cells, new research shows. Not only that, but a survey of real-world patients taking prescribed CBD found a “significant” negative relationship between CBD consumption and COVID-19 infection.

As detailed in a paper published Thursday in the peer-reviewed journal Science Advances by a team of 33 researchers at the University of Chicago and University of Louisville, a survey of 1,212 U.S. patients taking prescribed CBD found that people taking 100 milligrams-per-milliliter oral doses of CBD returned positive COVID-19 tests at much lower rates than control groups with similar medical backgrounds who did not take CBD.

According to the study, all of the patients were people who had seizure-related conditions, which CBD is often prescribed to treat. Of this group, 6.2 percent returned positive COVID-19 tests or a diagnosis, compared to 8.9 percent in the control group. Among a smaller subset of patients who were likely taking CBD on the dates of their first COVID-19 test, the effect was even more pronounced: Only 4.9 percent of people taking CBD became infected with COVID-19, compared to 9 percent in the control group.

“Our results suggest that CBD and its metabolite 7-OH-CBD can block SARS-CoV-2 infection at early and even later stages of infection,” the study states. 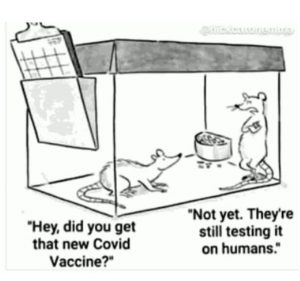 Besides looking at real-world data, the scientists conducted lab tests. Lead author Dr. Marsha Rosner, a professor in the Ben May Department for Cancer Research at the University of Chicago, and her team treated human lung cells for two hours with CBD before infecting them with SARS-CoV-2, and left them for 48 hours while monitoring them for the presence of the COVID spike protein.

They found that CBD inhibits the replication of genes required for the growth and spread of the virus throughout the body. They performed the same tests on three COVID-19 variants and found the same result.

“As a bottom line, what this says is that CBD has the potential to prevent infections, such as breakthrough infections, which might be one of the most useful applications,” Rosner told Motherboard.

The researchers strove to identify the mechanism through which CBD inhibited infection; while they found a negligible effect at the point at which viruses enter cells, they found CBD to be “very effective” at preventing protein expression in cells two and six hours after infection, and “partially effective” at doing so 15 hours after infection. They also found that CBD’s metabolite, 7-OH-CBD—the compound created in the body when CBD is processed in the liver and intestines—has similar antiviral effect and was non-toxic to cells.

The study offers strong evidence that CBD can treat and slow the transmission of COVID-19. It comes just one week after an initial revelation out of Oregon State University and Oregon Health & Sciences University that cannabis precursors (the acids that, when combusted, turn into CBD and THC) can halt the infection of cells by SARS-CoV-2 in lab tests.

The authors of that study were careful to note that cannabis-derived products, while a potentially important public health intervention, are no substitute for vaccination campaigns. However, in the all-out fight to end the pandemic, they could end up becoming a much-needed supplement.

“Despite recent vaccine availability, SARS-CoV-2 is still spreading rapidly, highlighting the need for alternative treatments, especially for populations with limited inclination or access to vaccines,” the University of Chicago researchers write in their study.

It seems like there’s a flood of scientific news about the promise of cannabis in preventing or treating COVID-19. Last week, a different group of researchers at the University of Waterloo in Ontario, Canada, identified CBD as a primer to a process called apoptosis, or natural cell death—in the case of COVID-19, their research suggests that CBD spurs on the death of infected cells, stopping viral spread in its tracks and slowing the transmission to others.

The studies, in tandem, contribute to a growing body of research identifying cannabis as a tool in the global COVID-19 response arsenal. Rosner and her team first laid the ground for this work in March of 2021, when they identified cannabidiol as a potential treatment for COVID-19 for its ability to hamper viral replication in lung cells in a lab. As detailed in a pre-print, the team found that in quantities similar to those that are prescribed as treatment for epilepsy, CBD inhibits the replication of genes that are required for viruses to spread throughout the body.

Rosner and her team caution against conflating their findings with the suggestion to use recreational cannabis as a treatment for COVID-19: THC may inhibit CBD’s antiviral effects, the authors note, and smoking is bad for your lungs. Without clinical trials, they also can’t recommend that people go out and buy CBD at a dispensary.

“We strongly caution against the temptation to take CBD in presently available formulations including edibles, inhalants or topicals as a preventative or treatment therapy at this time,” the authors write. “Especially without the knowledge of a rigorous randomized clinical trial with this natural product.”

Rosner notes that it’s impossible to know what CBD dosage and formula will be most effective at treating COVID-19 infection until her research moves into clinical trials on humans. After all, Rosner said, “we can only do so much in mice; we really need to do this in people.”

“We think it has a potential, both to be a preventative—so for instance, you can imagine that I’m going traveling and CBD is something that, if we can make the right product accessible, it should be widely available, it should be something people could anticipate needing,” she said. “Or you go and get tested and immediately start taking it. The hope is that it would prevent more serious disease, but we don’t know yet. And we would need a clinical trial.”