You Stupid Boy
Home Did You Know? Paedophilia recognition symbols 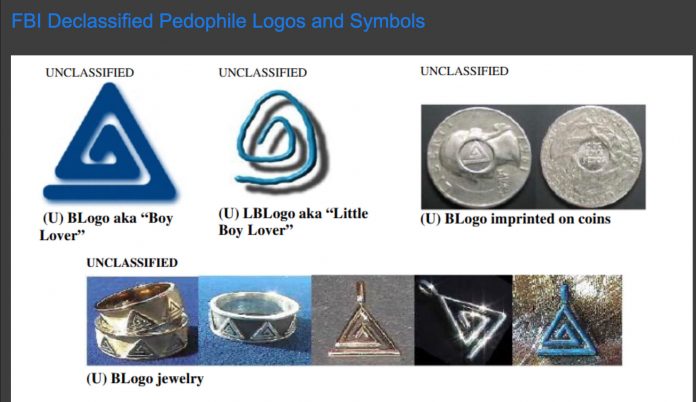 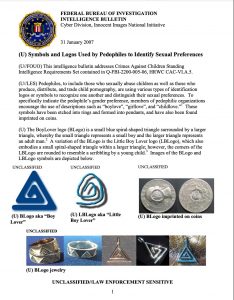 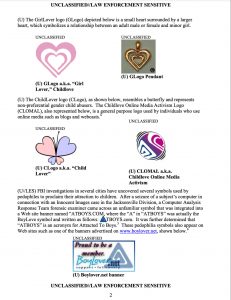 This visually explosive FBI document reveals the secret symbols organized pedophiles use to recognize each other and is likely to be of broad interest to readers, especially parents. Wikileaks has verified the document.

LES
Law Enforcement Sensitive
FOUO
For Official Use Only
U
Unclassified

Wikileaks believes the information will be of assistance to parents and other care givers in recognizing pedophiles. Wikileaks affiliated journalists obtained the document via “child erotica” networks in Spain, which raises the question of how this FBI document came into the hands of individuals so close to the people it is meant to be investigating.

Pedophiles who sexually abuse children as well as those who produce, distribute, and trade child pornography, are using various types of identification logos or symbols to recognize one another and distinguish their sexual preferences. To specifically indicate the pedophile’s gender preference, members of pedophilic organizations encourage the use of descriptions such as “boylove”, “girllove”, and “childlove.”  These symbols have been etched into rings and formed into pendants, and have also been found imprinted on coins.

Then I see this. The wife of NY mayor Deblasio wearing a mask with a plethora of paedophile symbol. Why would she wear such a thing in public. The lefties love telling the rest of us how to live, but they are no better. Their shit stinks just like the rest of us. 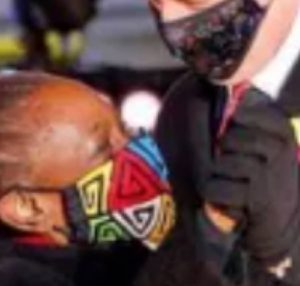