You Stupid Boy
Home Chinese Virus Panic over. Can we get back to normal please?

Panic over. Can we get back to normal please? 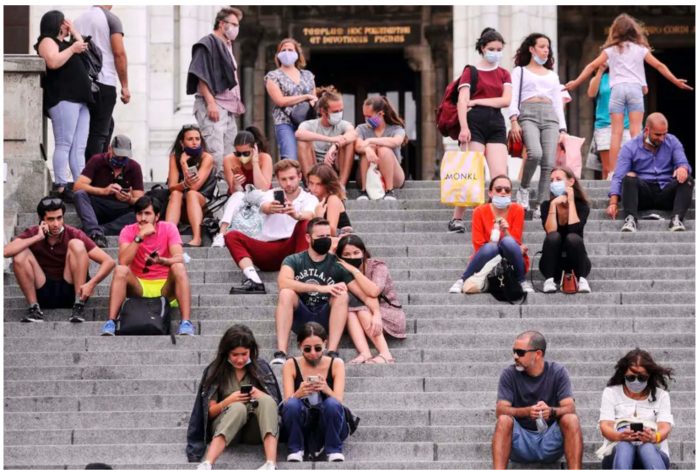 Europe’s ‘second wave’ has fizzled out

Has the Covid ‘second wave’ already run out of steam? On 9 July, just when Britain was reopening the hospitality sector and other businesses, the World Health Organisation announced that the pandemic was ‘accelerating’. Much of the coverage in Britain also implies that we are possibly in the early stages of a second wave. But that talk is lagging behind the data. Globally, the number of new recorded cases peaked on 31 July at 291,691 and has shown a slight downward trend ever since. In terms of deaths, they peaked at 8,502 on 17 April and have also been on a slight declining trend ever since. On the worst day in the past week – 2 September – 6,312 deaths were recorded. Most of the worst-affected countries are now showing downward trends in both daily cases and deaths, including the US, Brazil, Russia, Peru, Colombia, South Africa, Mexico, Chile and Iran. Among the top dozen worst-affected countries, only India is now showing an upwards trend in deaths. Spain and Argentina are showing slight upwards trends in new cases, but not deaths. All these figures, of course, have to be read in conjunction with a huge increase in testing – so a slight increase in new cases does not necessarily imply that the disease is in fact spreading.

As for Europe’s ‘second wave’, that, too, has fizzled out – with new cases now declining in Germany, and Sweden, and remaining flat in Italy, Ireland and Belgium. There is no obvious trend either way in Poland, Denmark or Portugal. The country with the clearest rising trend is Croatia. There was, until last week, a sharply-rising trend in Greece, although this has flattened off in recent days. You can follow country by country data on new infections and deaths here.

History may eventually record that there were three phases to Covid-19: an initial wave in China and the far East; a much bigger wave in Europe, Canada and the northern United States, peaking in April; and a third wave which afflicted the Americas and the southern United States, and which peaked in July. That may suggest that the potential for further waves of the disease is limited and that activity may, from now on, be restricted to relatively minor eruptions in countries which have already been struck by the virus, and where the population – to an extent which we don’t yet really know – has acquired some degree of immunity.

Previous articleKeeping Safe
Next articleHypocrisy is alive and well in NZ