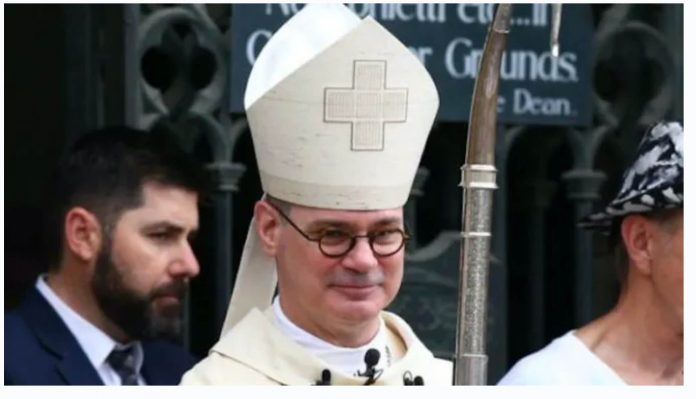 Catholic Archbishop: I’d Rather Go To Jail Than Report a Pedophile Priest Who Confesses His Crimes

The Catholic Archbishop of Melbourne Peter Comensoli has said he would rather go to jail than report a pedophile priest who admits his child sex crimes in a confession.

But Archbishop Comensoli is not alone.

Bishop William Wright told Revelation that he would never break the seal of confession, even if a pedophile priest confessed to raping a child.

In Sydney and Brisbane, Archbishops Anthony Fisher and Mark Coleridge made similar statements.

Some Cardinals and Bishops have declared they would rather die than report any crimes disclosed to them during confession.

Father Vincent Ryan confessed to another priest during ‘treatment’ that he had abused children. Nothing was done.

Lawyers said an affidavit filed by pedophile priest Father Michael McArdle revealed he confessed 1500 times to 30 different priests over a 25-year period. Nothing was done.

Two years ago the Catholic Church formally rejected the notion that clergy should be legally forced to report child sex abuse revealed during confessions.

ABC report: A former altar boy who was allegedly sexually abused by Father Michael McArdle says he could have been spared if the Catholic Church enforced mandatory reporting of crimes admitted in the confessional.

By the time Father Michael McArdle allegedly targeted the then-12-year-old for sex, he had already been molesting children for a decade.

The abuse lasted for several months at the sacristy and presbytery of the Holy Rosary Church in Bundaberg, as well as during an overnight school camp, legal documents allege.

“It’s always in the back of your mind,” Greg* said.

“A couple of years ago I had a mental breakdown, I wanted to kill myself.

Greg launched legal action in August against the Diocese of Rockhampton for the mental toll the abuse has taken on him, with his lawyers lodging a notice of claim for the civil suit.

Maurice Blackburn lawyer Jed McNamara, who is representing Greg, said an affidavit filed by McArdle in 2004 revealed he confessed 1,500 times to 30 different priests over a 25-year period.

McArdle, who resigned from the priesthood in 2000, was jailed in 2004 for six years for 62 indecent dealing charges against 14 boys and two girls over a 22-year period from 1965 in regional Catholic parishes across Queensland.

“For the better part of a decade before he abused my client … [McArdle] would confess, would be absolved, would go back out, would repeat that offending behaviour, would go back to confession and the cycle continued,” said Maurice Blackburn lawyer Jed McNamara, who is representing Greg.

Previous articleShe will be on suicide watch
Next articleHave Your Say