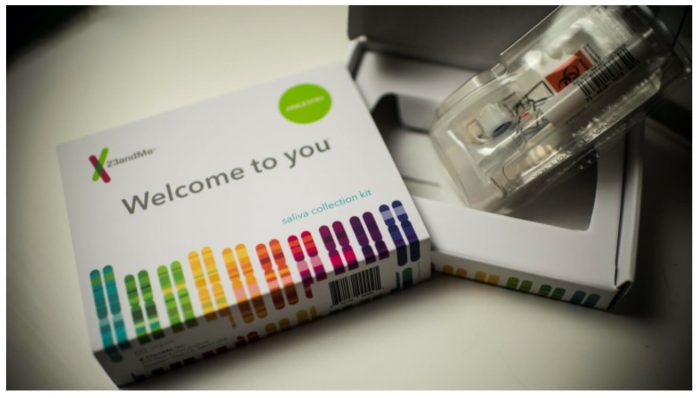 There’s a lot of reasons why you should probably chuck that DNA kit you got for Christmas in the trash. That’s doubly true for military personnel, the Pentagon warned in an internal memo.

The memo, which was initially obtained by Yahoo News, notes that mail-in consumer DNA kits, like 23andme or Ancestry, could pose a security risk. “Exposing sensitive genetic information to outside parties poses personal and operational risks to Services members,” the memo reads. “These [direct-to-consumer] genetic tests are largely unregulated and could expose personal and genetic information, and potentially create unintended security consequences and increased risk to the joint force and mission.” The memo also alleges that some consumer DNA kit companies had been targeting service members with discounts.

The existence of the December 20 memo was confirmed to the New York Times by a Pentagon spokesperson. Besides potential security risks (which the memo didn’t get into), consumer genetic tests have higher stakes for military personnel. The laws that protect civilian workers from health insurers and employers from genetic discrimination don’t apply to military members, who must report medical issues. Meaning, if a service member finds out they are predisposed to a condition, it could have a negative impact on their future career prospects. Since consumer DNA kits don’t have the best reputation when it comes to unintended results and accuracy in predicting medical risks, accidentally crippling your career based on untrustworthy results sounds like a bad bet. The Pentagon clarified to the Times, however, that military personnel aren’t banned from genetic testing—it would just prefer service members rely on licensed professionals and not mail-in kits.

In general, however, you don’t have to be a military member to be wary of consumer DNA kits. For instance, even though these companies claim your information won’t be sold to third parties without consent, it doesn’t mean your DNA is private once you spit in that tube. The information you give up can be used by law enforcement agencies to solve crimes, as in the case of the Golden State Killer in 2018. Also, these DNA databases have been found to be disturbingly easy to hack by bad actors.

Previous articleWe Won’t Get Out Alive
Next articleHave Your Say

Montana Is First State To Cancel Unemployment Benefits In Response To Unprecedented Worker Shortage BY TYLER DURDEN Three weeks ago, when looking at the unprecedented labor...
Read more
Human Stupidity

The Science To Prevent The Great Reset And Save Humanity Any informed person in this world is fully aware of the severe health risks posed...
Read more
Human Stupidity

WHY DOES CHINA COLLECT AMERICANS' DNA?   As a Technocracy, China’s Technocrat scientists believe that the future of mankind lies in the engineering of its collective...
Read more