You Stupid Boy
Home World News Perving On The Perverted

Perving On The Perverted 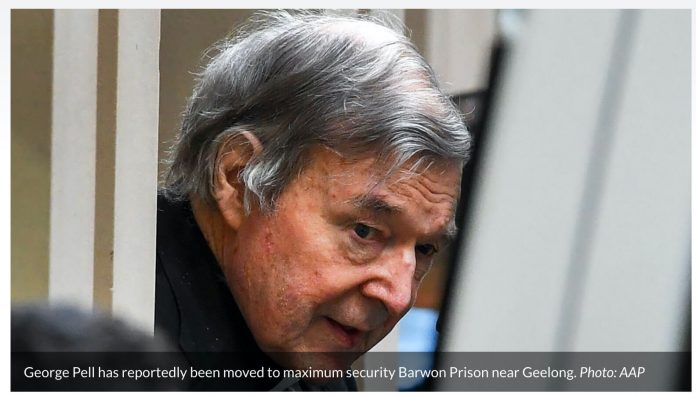 George Pell has reportedly been moved from his central Melbourne prison to a high security facility in regional Victoria after what authorities believe may have been a drone operator’s attempt to snap pictures of the disgraced cardinal.

The high profile prisoner, whose legal case garnered global attention, had been given a job weeding and watering a garden inside the prison.

It has been speculated that the drone may have been used to try and get pictures of Pell, which could be worth a significant sum.

He has reportedly been moved from MAP to the maximum security Barwon Prison near Geelong since the incident, which has been referred to Victoria Police.

Pell can now count the likes of drug lord Tony Mokbel, bikies and killers as neighbours.

“Corrections Victoria can confirm an incident involving a drone flying over the Melbourne Assessment Prison on Thursday,” a spokeswoman told AAP on Sunday.

The drone was reportedly flying near a visitors’ garden at the prison, located in Melbourne’s CBD.

Pell has been held at the prison for almost a year, after his 2018 conviction for sexually assaulting two teenage choirboys at Melbourne’s St Patrick’s Cathedral in the mid-1990s.

It is illegal to fly a drone within 120 metres of a prison or youth justice facility, and doing so can result in up to two years jail time.

You have to ask who would want to buy these photos, and why.