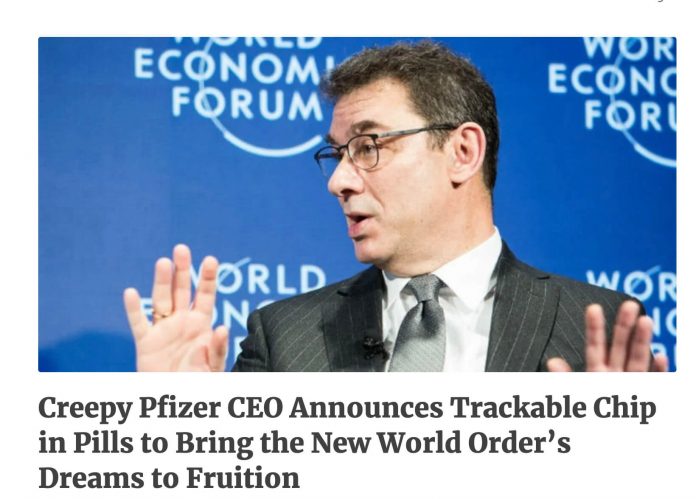 Imagine pills that send signals to your pharmaceutical overlords so they know you’re actually taking their drugs and not faking it. Staying compliant is, after all, a requirement to live in the near-future dystopian society the New World Order has planned. They cannot have people walking around who haven’t ingested their poisons, right?

It sounds like science fiction until you realize it was just announced by Albert Bourla, CEO for Pfizer, to the World Economic Forum at their globalist Davos gathering.

Pfizer CEO Albert Bourla explains Pfizer’s new tech to Davos crowd: “ingestible pills” – a pill with a tiny chip that send a wireless signal to relevant authorities when the pharmaceutical has been digested. “Imagine the compliance,” he says pic.twitter.com/uYapKJGDJx

“It is a, basically, biological chip, that is in the tablet, and once you take the tablet and dissolves into your stomach sends a signal that you took the tablet,” he said. “So, imagine the applications of that, the compliance.”

As I’ve said for the last year, the globalist elites are no longer hiding in the shadows plotting their takeover. They’re openly discussing their plans to divide the world’s population into two groups: Those who are compliant and those who need to be eliminated.

Previous articleHave Your Say
Next article“Mistakes Were Made”