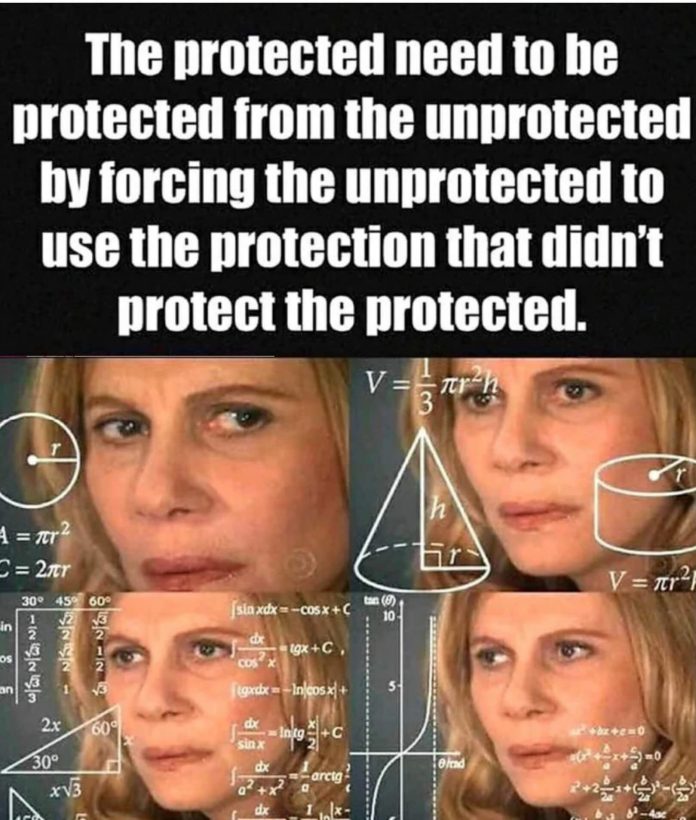 Whistleblower Testimony that COVID-19 Vaccines Are Killing and Harming People! 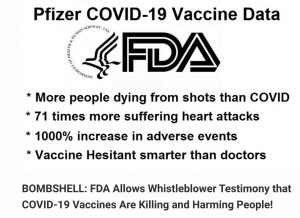 See the stunning report from a UK Funeral Director that the COVID PANDEMIC is a hoax and that hospitals are killing seniors.]

There were signs heading into the meeting this week that there could be some fireworks at this hearing, as two top vaccine research scientists at the FDA, Dr. Marion Gruber and Dr. Phillip Kause, the Director and Deputy Director of the Office of Vaccines Research, recently resigned.

This followed a report published in The Lancet from 18 officials at the FDA opposing the Biden Administration’s plan to start distributing Pfizer “booster shots” later this month (September, 2021) before the FDA had even approved them.

To say that there were fireworks at the Vaccine Advisory Committee meeting yesterday might be a gross understatement. The 18 member committee voted 16 to 2 AGAINST approving the booster shots, although later they did give their endorsement on approving them for people 65 and older.

During the “open session” part of the meeting, dissenting doctors questioning the Pfizer shots were given a chance to address the public with their concerns, and they presented to the public REAL data about the shots that up until now has been heavily censored.

Dr. Joseph Fraiman, an emergency room physician from New Orleans who did his studies at Cornell Medical School, stated that there are no trials large enough yet to prove that the COVID-19 vaccines reduce hospitalization without causing serious harm.

He lamented the fact that the “vaccine hesitant” coming into his emergency room were more educated on the risks of the COVID-19 vaccine than those vaccinated.

I know many think that vaccine hesitants are dumb, or just misinformed. That’s not at all what I’ve seen.

In fact typically, independent of education level, the vaccine hesitant I’ve met in the ER are more familiar with vaccine studies, and more aware of their own COVID risks than the vaccinated.

For example, many of my nurses have refused the vaccine despite seeing COVID-19 cause more death and devastation than most people have.

I ask them why refuse the vaccine?

They tell me while they’ve seen the first hand dangers of COVID, the elderly, the obese, diabetics; they think their risk is low.

They’re not wrong. A 30-year-old female has about a 1 in 7000 chance of catching COVID and being hospitalized over it.

He pointed out that a recent study showed that the risk of vaccine-induced Myocarditis (heart disease) in young males is higher than their risk from hospitalization from COVID.

He called for larger studies to be conducted.

We the medical establishment cannot confidently call out anti-COVID-19 activists who publicly claim the vaccines harm more than they save, especially in the young and healthy, the fact that we do not have the clinical evidence to say these activists are wrong, should terrify us all.

Steve Kirsch, the Executive Director of the COVID-19 Early Treatment Fund, also gave testimony, and he began his comments with:

I am going to focus my remarks today with the elephant in the room that nobody likes to talk about, that the vaccines kill more people than they save.

He presented data to prove that the belief that these vaccines are “safe” simply isn’t true. He gives several facts to show this, most all of which we have previously covered here at Health Impact News.

For example, people have 71 times more risk of heart attack following COVID-19 vaccines than any other vaccine.

Kirsch claims that expert analysis of existing data, including the 6-month Pfizer trials and VAERS data, prove that the shots kill more people than they allegedly save.

About 411 deaths per million doses. That translates into about 150,000 people have died (from the Pfizer shots).

He then presented some data from the Israel Ministry of Health.

The real numbers confirm that we kill more than we save. And I would love to look at the Israel ministry of health data on the 90+ year olds where we went from a 94.4% vaccinated group to 82.9% vaccinated in the last 4 months.

Dr. Jessica Rose, PhD, MSc, BSc, whom we have featured previously here on Health Impact News and has done extensive studies on the VAERS data, also gave a presentation where she showed that we have had a 1000% percent increase in adverse events following COVID vaccines, as compared to all previous vaccines in prior years, something we have covered extensively here at Health Impact News.

Listen to the presentations of these three doctors. This is from our Bitchute channel, and it is also on our Rumble channel.