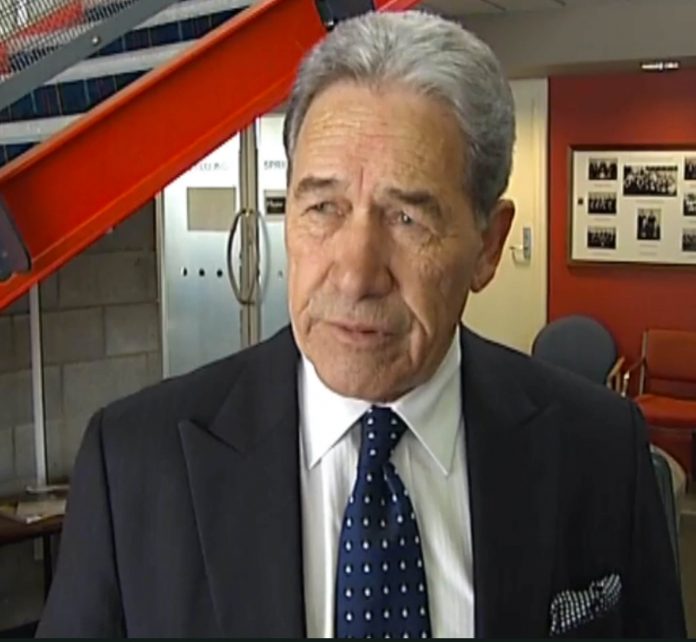 Peters, the Deputy Prime Minister and New Zealand First leader, described the reporter as a “psycho” on Monday when asked if he’d be comfortable with the Auditor-General taking a closer look at it.

“Yes, I am calling you a psycho, because you can’t even make out the case,” Peters said. “You’ve got to be psychologically maladjusted if you can’t make a case for an investigation you think is sound.”

Last week RNZ revealed that forestry company NZ Future Products had applied for money from the Provincial Growth Fund (PGF) and the One Billion Trees programme, despite Peters’ lawyer Brian Henry being a founding director of the company.

Both the PGF and the One Billion Trees programme are led by New Zealand First MP and Cabinet Minister Shane Jones, who says he sought conflict of interest advice and removed himself from ministerial discussions.

Official documents say government officials engaged with NZ Future Forest Products “at various times” between March and October 2019 in relation to the PGF application, which was declined this month.

It was also revealed last week that Peters’ partner, Jan Trotman, was appointed as a company director five days after the first application was rejected in August.

The revelations prompted National MP Chris Bishop to call for an investigation by the Auditor-General into the company’s dealings.

Neither of the applications for funding were accepted, and Peters told reporters on Monday that shows the “system works”.

He defended his partner Trotman, reiterating how she wasn’t a director of the company when the applications were made.

“The person you’re attacking, in this case my partner, was not even part of the business when the application was made or when it was finalised,” Peters told reporters.

He then lashed out at Newshub’s reporter when asked if he’d be happy with the Auditor-General investigating Future Forests Products’ dealings with the PGF, suggested by Bishop.

Newshub asked Peters why he wouldn’t just open up the books if he’s confident there was no conflict of interest.

“We’re not going to have you running off in a psycho case of attack on a political party without any grounds whatsoever.”

Oh dear that’s rich coming from our worst ever perpetrator of innuendo and bluster. “Listen here sonny, I have proof and if it is proved wrong, then I have more”