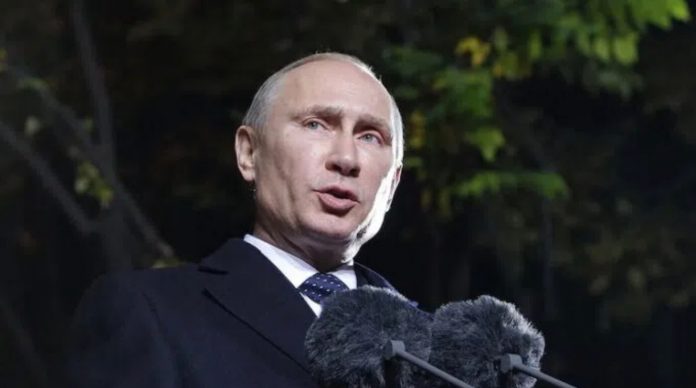 According to the Russian MOD, the U.S. and other NATO nations have been engaged in illegal military-biological projects in Ukraine.

Ukrainian President Volodymyr Zelensky’s former press secretary Iuliia Mendel complained on Twitter that Russia is spreading “baseless accusations that the U.S. military was developing secret biological weapons in Ukraine, but this time they were helped by the pharmaceutical companies Pfizer and Moderna.”

The Russian Defense Ministry again spread baseless accusations that the U.S. military was developing secret biological weapons in Ukraine, but this time they were helped by the pharmaceutical companies Pfizer and Moderna.

NewsPunch has previously detailed the DOD-funded biolabs in Ukraine, and the illegal facilities have been confirmed by top U.S. officials.

Infowars.com reports: The U.S. Defense Department’s Biological Threat Reduction Program has provided funding to biolabs in Ukraine since then-Senator Barack Obama struck a deal back in 2005.

In a suspicious move, the US Embassy in Ukraine deleted documents related to the biolabs from its website when the story gained international attention.

The Russian government previously linked Hunter Biden, George Soros, the Pentagon & CDC to the biolabs, claiming, “The main objective of this project was to carry out a molecular analysis of particularly dangerous infections endemic to Ukraine.”

Russia has been complaining to the UN about these facilities for months, and now they have released more information allegedly linking Big Pharma companies to the scheme.

“It should be noted that the ideologues of US military-biological activities in Ukraine are the leaders of the Democratic Party,” Russia’s latest briefing stated. “Thus, through the US executive branch, a legislative framework for funding military biomedical research directly from the federal budget was formed. Funds were raised under state guarantees from NGOs controlled by the Democratic Party leadership, including the investment funds of the Clintons, Rockefellers, Soros and Biden.”

The Russian MOD continued, “The scheme involves major pharmaceutical companies, including Pfizer, Moderna, Merck, and the US military-affiliated company Gilead. U.S. experts are working to test new medicines that circumvent international safety standards. As a result, Western companies are seriously reducing the cost of research programs and gaining a significant competitive advantage.”

According to Russia, one benefit of this widespread conspiracy is that “leaders of the Democratic Party” can use it to “generate additional campaign finance and hide its distribution.”

The German government is also named as an entity with biolabs in twelve countries, including Ukraine.

Russia stated, “On the German side, the program involves the Institute for Armed Forces Microbiology (Munich), the Robert Koch Institute (Berlin), the Loeffler Institute (Greifswald) and the Nocht Institute for Tropical Medicine (Hamburg).”

Vladimir Putin’s government noted, “The involvement of institutions subordinate to the Bundeswehr confirms the military orientation,” of the research Germany is engaged in.

Russia added to its statement, warning, “provocations are being prepared to accuse the Russian Armed Forces of using weapons of mass destruction, followed by a ‘Syrian scenario’ investigation to fabricate the necessary evidence and assign blame.”

The Kiev administration’s request for personal skin and respiratory protection equipment to protect against toxic chemicals and biological contaminating agents is proof of the impending false flag, according to the Russian MOD.

“The special military operation of the Russian Armed Forces has crossed the US military-biological expansion in Ukraine and stopped criminal experiments on civilians,” the statement concluded. 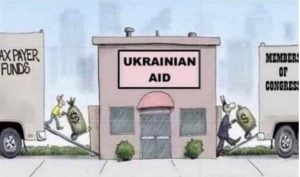