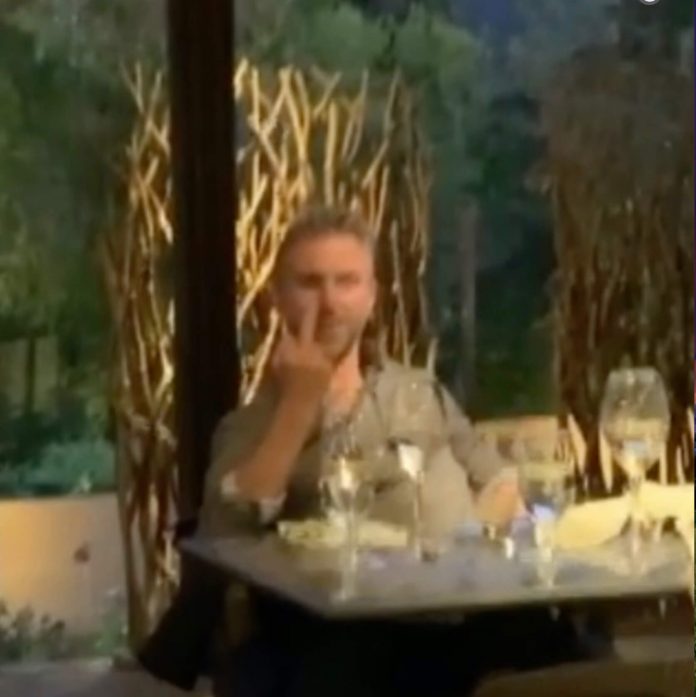 A waitress has received  $82,000 in tips from people around the world who have been left heartened after they saw her stand up to a racially abusive man inside her restaurant.

Gennica Cochran, a server at Lucia restaurant in Carmel Valley, California, escorted Michael Lofthouse, 37, out after he yelled ‘Trump is going to f*** you’ at an Asian family enjoying a meal out on Fourth of July.

She was hailed an ‘everyday hero’ by people who have been donating money to the waitress on GoFundMe.

One page set-up to tip Cochran is titled ‘A Big Tip for an Everyday Hero’, and has already raised $65,000.

Two other GoFundMe accounts have raised an additional $15,000 collectively – and the money is still pouring in.

Cochran told KGO-TV that the money will allow her to pursue yoga teaching, and she is also trying to devise a way to send some of the money on to others in the service industry.

Gennica Cochran, a server at Lucia restaurant in Carmel Valley, escorted Michael Lofthouse, 37, out of the restaurant after he yelled ‘Trump is going to f*** you’ at an Asian family enjoying a meal out on Fourth of July 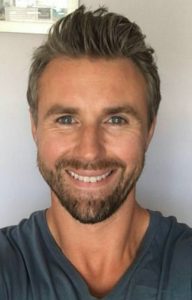 Cochran was seen on video last week ordering Lofthouse out of Lucia after he called Jordan Chan and her family a ‘f***ing Asian piece of s**t’ during a racist tirade. 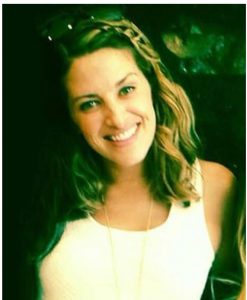 ‘I felt very protective of them,’ Ms Cochran said. ‘To hear the emotion coming out of my voice, to see my mannerisms, it was unbelievable it was just something that came over me and I just did what needed to be done.

‘I did what anybody else should or would do in that situation.’

Lofthouse’s Solid8 is a cloud tech services firm launched in 2017.

The company’s offices are based near the financial district of San Francisco, California.

Solid8 aims to improve their clients’ computer systems and reduce their IT costs by offering network services, infrastructure or business services that store and access data and programs over the Internet rather than a computer hard drive.

On its website, the company, which also offers cyber security advice, boasts of having ’38 years of collective experience’ and says: ‘Our team are decisive problem-solvers, our breadth and depth of experience means we’ve dealt with most situations before – which means we move quickly from analysis to action, working as an agile team for each project, quickly drawing upon talent from across our global network of over 100 leading Cloud Providers.’

Solid8’s CEO is Briton Michael Lofthouse, who according to his now-deleted LinkedIn page, graduated from Newcastle Business School, associated with Northumbria University, in 2005 and emigrated to America in 2010.

In the footage, Lofthouse targetss Chan and her family who had been at the restaurant to celebrate her aunt Mari Orosa’s birthday.

Mari was accompanied at the restaurant by her husband, Raymond, a sales rep for a Mercedes car dealership in California.

The film began after Lofthouse had already apparently started on his unprovoked, racist abuse. The person filming told him to ‘say that again’.

‘Oh, now you’re shy,’ the person behind the camera said. ‘Say it one more time.’

‘Trump’s going to f*** you!’ he then yelled, as he got up to leave the restaurant.

‘You f***ers need to leave,’ he said, before Cochran stepped in.

‘Get out of here,’ she was heard shouting.

‘You are not allowed here. You do not talk to our guests like that.’

Lofthouse continued with his vile attack on the family, yelling: ‘You f***ing Asian piece of s**t.

He turned to Cochran and said: ‘Who are these f***ers?’

‘They are valued guests,’ she responded.

Lofthouse replied: ‘Are they? They are valued guests in America?’

The waitress continued to tell him to ‘get out’ and said: ‘You are not allowed here ever again.’

Chan wrote on Instagram that the ‘white supremacist’ businessman had begun harassing her family soon after they sang happy birthday to her aunt.

Aside from the racist comments caught on camera, she said he also told them to ‘go back to whatever f****** Asian country you’re from’ and that ‘you don’t belong here’.

She added on the post that he ‘had a LOT more to say after I stopped recording’.

Lofthouse later issued a grovelling apology, telling DailyMail.com: ‘My behavior in the video is appalling. This was clearly a moment where I lost control and made incredibly hurtful and divisive comments.

‘I would like to deeply apologize to the Chan family. I can only imagine the stress and pain they feel.

‘I was taught to respect people of all races, and I will take the time to reflect on my actions and work to better understand the inequality that so many of those around me face every day.’

Cochran said it was one of the first times her customers were allowed back into the restaurant after it reopened following the coronavirus pandemic, and she couldn’t let racial abuse ruin their experience.