You Stupid Boy
Home Lifestyle Reality Check: There Is No Political Solution to Income Inequality

Reality Check: There Is No Political Solution to Income Inequality 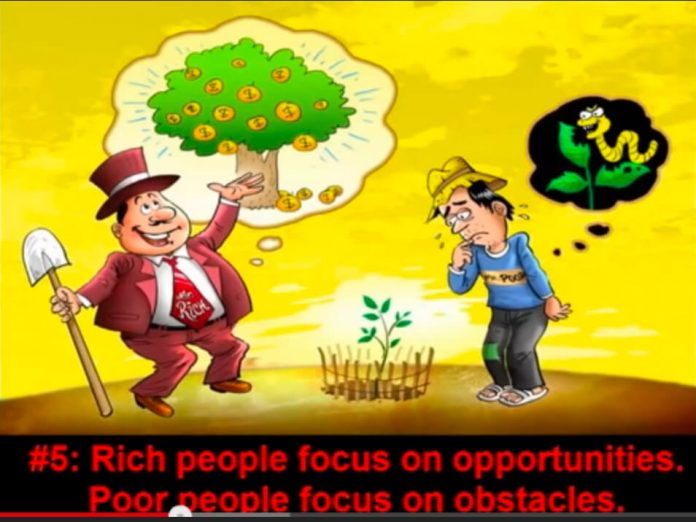 That’s because under the rigged rules of our system, things are working more or less as they are supposed to.

Sorry Sanders supporters: your guy might be well-meaning, but like everyone else he has no practical solutions.

Bernie, et al, imagine there exists some means to redistribute wealth, most likely following the economist Thomas Piketty, via a progressive tax on the rich. Just talking about that may be enough to scare the wealthy into putsching a corporate Democrat in Bernie’s place yet again, despite his human shield of nose-pierced volunteers. But even if Sanders were to win, it would not be enough to change America. It’s a reality problem.

The reality of wealth is that the gap between most Americans and those who sit atop our economy continues to grow. During the two decades after 1960, the real incomes of the top 5 percent and the remaining 95 percent increased at almost the same rate, about 4 percent a year. But between 1980 and 2007, incomes diverged, with those at the bottom seeing annual increases only half that of those at the top. Then it got worse.

Lower savings and hyper-available credit (remember fraudulent Countrywide mortgages, ARMs, and usurious re-fi’s?) put the middle and bottom portions of society on an unsustainable financial path that crashed into the Great Recession of 2008. Yet America’s top earners’ wealth still grew; the one percent captured 95 percent of post-financial crisis growth, as the stock market recovered, while the bottom people became poorer, as their missing homes did not. Their wealth, such as it was, was a Potemkin vision, held in the form of houses they didn’t actually own. The recession represented the largest redistribution of money in a century. How did the rich pull this off?

It came down to the reality of possession. The wealthy own stock and real estate, not just personal homes. Yet just under half of Americans own no stock (the wealthiest own over 80 percent of all stock, along with 40 percent of America’s land). Markets over time go up and those who own parts of them do well. A rising tide lifts all yachts, as historian Morris Berman observed. People who do not own homes have to rent them from those who do. Owners can raise rents anytime they want more money.

It can be hard to comprehend the sheer level of wealth possessed by the rich: Redfin figured out Bill Gates could buy all of the real estate in Boston. Candidate Michael Bloomberg, meanwhile, could pick up Anaheim. Google’s Larry Page is able to buy Boca Raton. Never mind yachts; they can buy whole cities.

It is the reality of the system. Walmart associates make minimum wage. Most of them are nowhere near full-time, so their take-home pay is well below the poverty threshold. Employer-assisted Obamacare, such as it is, only kicks in after one works 20 hours a week or more, so following the implementation of that policy, most employees were cut to less than 20 hours, meaning they had to juggle multiple jobs to live and still did not have health care, as qualifying hours are not cumulative.

Walmart can pay low wages, creating a new status known as working poor, without having to see workers literally starve on the job, because their employees receive $2.66 billion in government poverty assistance each year. That works out to about $5,815 per worker, or about $420,000 per store.

Food assistance is also key in profiting from income inequality. According to one study, in a single year, nine Walmarts in Massachusetts received more than $33 million in food stamp dollars spent at their stores. In two years, Walmart received about half of the $1 billion in food stamp expenditures in Oklahoma. Overall, 18 percent of all food benefits money nationwide is spent at Walmart. That’s about $14 billion.

So let’s Robin Hood the wealthy, Bernie, Elizabeth, and others say. After all, Jeff Bezos’ net worth is $109 billion. But that’s everything he has, not just the 6 percent tax Elizabeth Warren wants him to pay. The net worth of the entire Forbes 400 is under $3 trillion. That’s everything they own. The reforms Warren has proposed to address economic inequality will cost us some $20 trillion. The gap has gotten too big to raise everyone up.

But you have to start somewhere, right? Given that America’s largest companies already pay little to no tax, it is unclear how such a system could ever be enforced in the long run, given that the wealthy will just offshore their money. Taxes still leave in place other factors driving economic inequality, including inheritance laws (money is immortal. The children of rich people are born rich and unless they get really into hookers and blow, will inevitably get richer. They almost can’t help it) and the ability of the wealthy to control wages and the availability of jobs. Unions are increasingly a thing of the past and automation threatens jobs daily. The rich decide when to pull the trigger on touch screens in fast food restaurants and deep-six cashier jobs. And never mind the mass extinction that driverless delivery vehicles will bring on, to say nothing of the one after that when advances in AI crush entry-level coding jobs.

The single most significant factor is that financial growth via capital ownership (what the rich do for money) always outstrips wage growth (what the rest of us do for money). Getting richer by owning stuff is always a better deal than trying to get rich by working for wages from the people who own stuff. Even if a magic wand were to somehow reset society, the nature of capitalism would soon set things back on the path to income inequality.

Rich people get money through capital gains, via assets they buy cheaply that become worth more over time (until slavery was replaced with the minimum wage, human beings were also considered a form of capital asset—seriously, check with human “resources” where you work). That’s why a short-term downturn that’s bad for you (you lose what you have, like a home) is ultimately good for most of them (downturns are discount buying opportunities for those with spare money). It’s why the stock market troubles that uninformed people wish for will not make Trump go away. Math!

The only hope lies in the reality of politics, right? Over large swaths of the earth, there are no elections. In some of the wealthiest countries in the Middle East and Asia, there is not even the pretext of anyone choosing a government. Most governments are controlled by family ascension, not unlike the Middle Ages. In more modern places, corruption and manipulation control things, as power and wealth work together.

Such is the case now in the United States. According to the once-prescient Lawrence Lessing (who has since lost his mind to Twitter and TDS), thanks to concentration of wealth, 132 people in the U.S. essentially control elections. They do so by donating—just that handful of people—over 60 percent of Super PAC money. Those 132 represent 0.000042 percent of the total number of voters; most other contributions to candidates are small, many below $200. It sounds nice when a candidate talks about this, but it diffuses power even as you think he owes you something now. That’s because it’s impossible under such circumstances for government to create laws against the interests of the wealthy; after all, they work for them.

The reality is there is no answer, no solution. That’s because things are working more or less as they are supposed to. From a certain perspective, income inequality means things are going according to the rigged rules. The system is designed to squeeze wealth up into a smaller and smaller group of hands. A byproduct is the creation of more and more poor at the bottom. It is the inevitable endpoint for a society set up to fund the wealthy via capital appreciation by paying low or stagnant wages to everyone else.

To say it can’t be is to ignore the last time it sort of was, one king in one castle sustained by tens of thousands of serfs living in sloven conditions, with feudalism the dominant force. A very, very few owned most everything of value. The 99.999 percent majority—serfs then, valued Target associates now—worked for whatever the feudal lords allowed them to have.

It’s very American to believe there are always answers, that there are not forces stronger than change at work, especially in an election year. Yet if you’re still looking for those answers—solutions—well, you’ve gotten to the end of the article.