You Stupid Boy
Home US Politics Reckoning for the Destructive Left

Reckoning for the Destructive Left 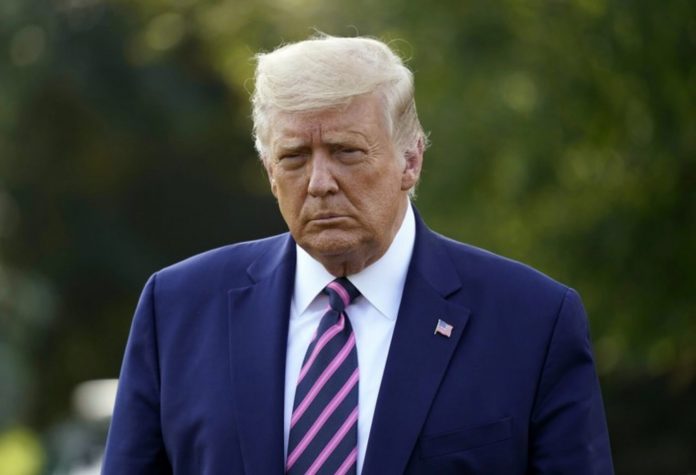 If Trump Wins, There Must Be a Reckoning for the Destructive Left

It doesn’t take a fount of political wisdom to say that if Biden and the Democrats carry the Electoral College, America is lost, perhaps forever. The U.S. will become a Leninist country. Madness and ignorance will have triumphed.

If Trump and the Republicans survive on November 3, as I hope and suspect they will, certain policies will have to be enacted to ensure that the country never again approaches the brink of social, political and economic perdition as it has in recent times, most emphatically engineered by the administration of Barack Obama premised on the “radical transformation” of America. And these policies will need to be draconian. Leftist sentiment will always exist, but the institutional left will have to be extirpated root and branch.

In other words, the gloves will have to come off and the institutional power sources engaged in the destabilization of the country must be put to bed once and for all. A reckoning must come.

To begin with, the universities will have to be purged—an ugly word, but an appropriate one in the present context. The political contagion that has infected the nation spread like a virus from the wet market of the educational establishment, which has sent its ideologically septic graduates to populate the professions, the intelligence agencies, political associations, public organizations and, indeed, the culture taken as a whole. Perhaps the damage may be irreparable, but, in any case, the plague must not be allowed to continue. Teachers who indoctrinate their students should be stripped of tenure and fired. Administrators, whether diversity officers, deans, provosts or presidents, should be dismissed. So-called “Studies Programs”—Gender Studies, Critical Race Studies, Fat Studies, Queer Studies, etc.—which produce resentful and unemployable students and waste precious university resources, will have to be abolished. It may not be easy but a reckoning must come.

Journalism has become a propaganda machine for the left, in plain violation of the SPJ Code of Ethics which enjoins its members to seek and report the truth, minimize harm, act independently and be accountable and transparent. Its preamble states that the Society “believe[s] that public enlightenment is the forerunner of justice and the foundation of democracy. Ethical journalism strives to ensure the free exchange of information that is accurate, fair and thorough. An ethical journalist acts with integrity.” With few exceptions, these fundamental principles have been flagrantly profaned, transgressed and “cancelled.” The press traffics not in the free exchange of fair and accurate information but in outright lies, slanders, vilification, character defamation and gross partisanship. Demonstrably, it does not act with integrity. It has incontestably harmed the Republic. Editors and obviously complicit journalists should be prosecuted on grounds of libel and drummed out of the profession. A reckoning must come.

The Big Tech platforms, which have profited from Section 230 of the Communications Decency Act guaranteeing Internet “freedom of expression” and furnishing immunity from legal action, must now be reined in. Section 230 has long outlived its usefulness. These platforms now operate not as information providers but as information censors—in effect, as monopolistic cartels controlling the flow of information and suppressing opinion they regard as inimical to their political preferences. They should be broken up into smaller entities with far less power to influence elections, monitor thought and dominate the public conversation. Or they should be rebadged as publishers or utilities and be held legally responsible for their actions. Freedom of speech does not mean the right to police speech. A reckoning must come.

The so-called “Deep State” may be considered as the increasingly visible embodiment of the Dark Tetrad, a set of psychological traits composed of four parts: narcissism, Machiavellianism, psychopathy and sadism. Deep State membership consists of an entrenched political bureaucracy, political operatives in the established parties, the denizens of the intelligence community, and the shadowy financiers of civil anarchy. Those who have colluded in weaponizing the IRS, in willfully spreading disinformation, in spying on President Trump’s campaign, in provably lying in and before Congress, in mounting fraudulent conspiracy theories intended to hamper and obstruct a president’s ability to govern, and in participating in what amounts to an attempted coup d’etat have acted not only unconscionably but often in violation of the Constitution. They must be regarded as criminals, ferreted out and, in many cases, punished to the full extent of the law. No such actors, at whatever level of national authority, should be spared exposure and the dispensation of due justice. A reckoning must come.

There is also the problem of the military, many of whose top brass have distanced themselves from Trump. In a sober article for Gateway Pundit, Jim Hoft shows how the playbook of the Bolshevik Revolution has been resurrected by the Democratic Party. Lenin, Trotsky, and Stalin were successful in compromising the command structure of the military, scattering the police force, and refusing to abide by the results of the 1917 election in which the Bolsheviks garnered only 23 percent of the vote.

We may be there again. The police are being defunded. The Democrats may not be willing to concede if they lose. And Hoft points to “a long laundry list of Generals and other ranking officers [who] disrespect the President,” many sitting “vocally and insubordinately during the farcical impeachment hearings.” A left-wing lawyers’ group, The Orders Project, “is effectively encouraging military personnel to refuse orders to keep the peace…if Antifa and Black Lives Matter terrorists lay waste to cities.” (The linked reference is to The Washington Post which frets that Trump will use force to put down riots and which is supportive of mail-in-ballots, which we know are rife with the likelihood of fraud.)

Hoft issues “a clarion call to modern America to wake up and recognize the evil threatening our Republic’s existence.” There is no doubt that the top echelon of the military must be brought into line, if possible, and replaced with officers loyal to the nation and to its commander-in-chief. A reckoning must come.

We should keep in mind that freedom is not license, that the franchise cannot be tampered with, that insurrection has to be prevented and destructive tendencies sometimes met with destructive force, that a democracy must ensure its continuance by means it does not always find agreeable or consistent with the dynamics of unrestrained liberalism, that it takes carnivores to fight carnivores, and that, however regrettable, war is war. As the historical record indisputably reveals, the Left blights everything it touches and inevitably culminates in misery, oppression, violence, and destitution. It should not be tolerated. Freedom is under no obligation to annihilate itself in the name of freedom.

A Trump victory at the polls must issue in a thorough cleansing of the country’s Augean stables. There is no other way to preserve the Republic.

A reckoning must come.