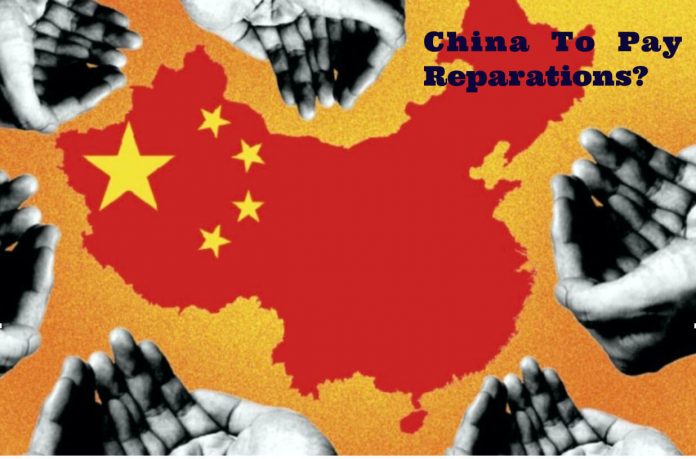 President Trump vowed Tuesday that the US will seek to secure hundreds of billions of dollars in reparations from China over the coronavirus outbreak, reiterating that the outbreak “could have been stopped at the source.”

Trump was asked by a reporter about Germany’s apparent intention to issue China with a $160 billion bill, relating to the impact the virus has had on the European economy.

“We haven’t determined the final amount yet. It’s very substantial,” Trump continued, adding that “There are a lot of ways you can hold them accountable.”

Intracranial infection cases up 60-fold since vaccines rolled out By Steve Kirsch But it can't be caused by the vaccines, masks, or swabs since all are...
Read more
Chinese Virus

The Stunning Increase In Myocarditis Rates

The stunning increase in myocarditis rates after the vaccines rolled out Steve Kirsch In just a few hours, my short tweet on myocarditis Google search rates...
Read more