“Reset” a conspiracy no more. 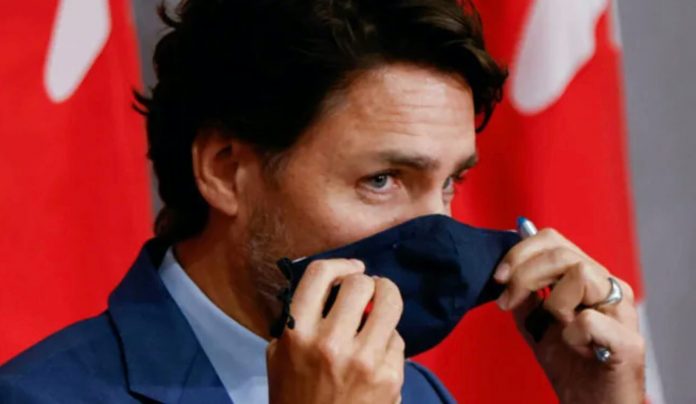 Justin Trudeau Calls The Coronavirus Pandemic An Opportunity For A ‘Reset’

What was once thought to be a conspiracy theory appears to have been confirmed by Justin Trudeau.

Trudeau argued in his speech that the coronavirus pandemic gives humanity “an opportunity for a reset”.

RT reports: An excerpt of a recent Trudeau speech posted on Sunday has forced some to rethink their skepticism over the ‘Great Reset,’ long pooh-poohed as a conspiracy theory despite being the title of an actual manifesto for worldwide social change written by Klaus Schwab, the director of the World Economic Forum.

Promising a ‘reset’ is in the works, Trudeau expanded on the enigmatic ‘Build Back Better’ slogan that has surfaced on the lips of politicians and NGOs worldwide. Initially broadcast in late September, the speech saw him pledge $400 million to global humanitarian aid projects.

“Building back better means giving support to the most vulnerable while maintaining our momentum on reaching the 2030 Agenda for Sustainable Development and the [Sustainable Development Goals],” the PM said, referencing the UN’s Agenda 2030, another bête noire of conspiracy researchers who believe it represents the blueprint for global totalitarian government.

Apparently thrown off balance by the Great Reset being a “real thing,” viewers rushed to look it up, sending searches for the term soaring on Google.

While some believe Covid-19 was deliberately unleashed to usher in the Great Reset, others think the WEF and the ruling classes have merely seized on the pandemic as the perfect opportunity to impose their plan on populations unlikely to embrace it if they had a choice.

Many were cautious about diving down the Reset rabbit hole while acknowledging that an unusually large number of world leaders and NGO directors were speaking in similar terms. US president-elect Joe Biden’s campaign slogan was “Build Back Better,” while UK PM Boris Johnson announced months ago that his country would use the coronavirus as an opportunity to “build back better.”

Previous articleNo Christmas this year
Next articleHave Your Say

Why Chinese Virus Testing Is a Tragic Waste

From the beginning of the Chinese virus pandemic, the clarion call has been to test, test and test some more. However, right from the...
Read more
Chinese Virus

No Christmas this year

CNN Tries To CANCEL Christmas: ‘Probably Not Going To Be Possible’ Americans must be prepared to cancel Christmas according to CNN, with anchor Jake Tapper...
Read more

Trump Pushing to Revive Firing Squads and Electrocution as Feds Ramp Up Executions By Elias Marat: While the final 50 days of a president’s tenure are...
Read more