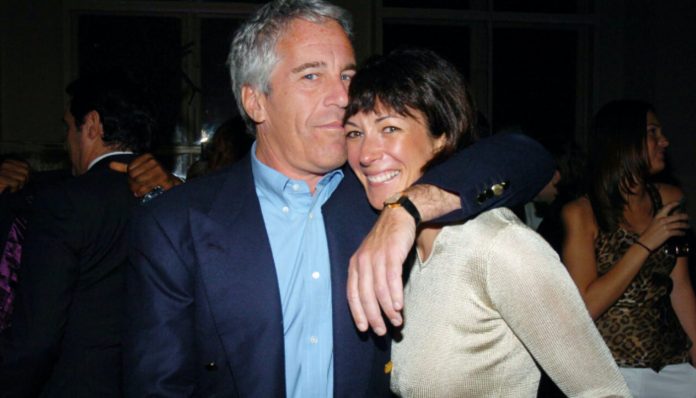 Maxwell Has Videos Of Two “Prominent US Politicians” With Underage Girls, Friend Says

A former jewel thief and friend of Jeffrey Epstein and Ghislaine Maxwell said that they showed him recordings of “two prominent US politicians having sex with minors.”

A former Jewel thief who uses the pseudonym William Steel says that he knew both Jeffrey Epstein and Ghislaine Maxwell personally and that they showed him recordings of “two prominent US politicians having sex with minors.”

He said that the pair forced him to watch the videos to prove that they had power, and that they bragged about “owning” influential figures and world leaders.

The former friend also mentioned two ‘high-profile’ American politicians who were in videos with minors.

He said that Maxwell seemed more enthusiastic about showing the videos than Epstein.

“Ghislaine was more into showing me those than Jeff. When you’re in a situation like that, you have to pretend to be non- judgmental. But it was shocking,” he said.

“They wanted to impress me and intimidate me. They were so powerful because of who they knew worldwide,” he added.

Steel is now an author, who wrote a memoir in 2018 titled Sex And The Serial Killer, which was about his relationship with multi-millionaire suspected serial killer Robert Durst.

Steel says that Epstein and Maxwell would regularly buy his stolen jewellery to give as gifts to the young girls that they were abusing.

Steel claims that he met Epstein in the mid-1990s at a diamond dealer’s store in Palm Beach.

“We were in the upstairs room at a very high-end diamond dealer, the kind of place where only a few people are allowed in at a time. I was there doing what I do. I was meeting my fence. I saw Jeff with a young girl who looked only about 13 or 14 and he had his hand in the back of her shorts. That’s what first got my attention. She was so young and he was much older. That’s when I knew that he was dirty. I had about 200,000 dollars worth of jewellery that I was getting rid of and later I struck up a conversation with him. Me being a cocky young guy from New York City, seeing their arrogance and their wealth — I just looked at it as an opportunity to milk them for what I could,” he recalled.

Steel went on to claim that he and Maxwell became “intimate.”

“I met Ghislaine at some point later and we were intimate a few times. I wouldn’t say it was a relationship — it was all about what she could use me for to help them,” he said.

Steel was quick to clarify that he never had any interactions with any of the underage girls in Epstein’s company.

As previously reported, other sources have previously indicated that Maxwell has a secret stash of recordings and plans to use the footage as a bargaining tool with prosecutors.

Who wants to guess who is on those tapes? Pencil neck Schift, Sleepy Joe Biden and Porch dog Clinton are my top picks.