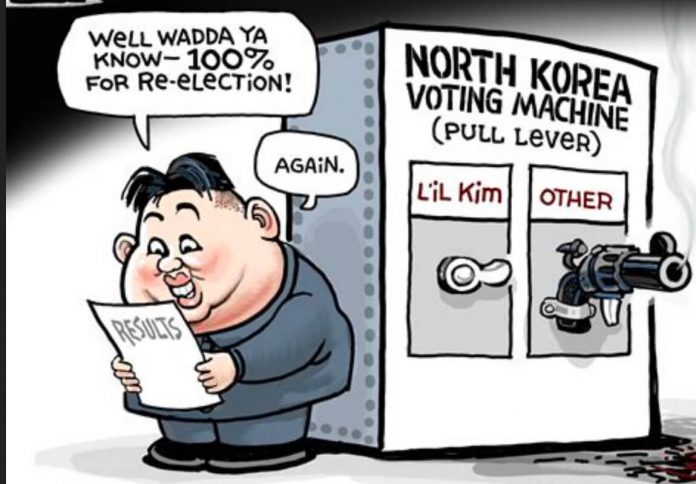 What’s next for North Korea if Kim Jong-un is dead?

Despite repeated denials from the government and state-run media about the status of North Korean dictator Kim Jong-un’s health, the fact remains that nobody has seen him in public in weeks. The various claims and rumors making the rounds range from Kim being in recovery from surgery at a private residence to assertions that he’s brain dead or even deceased. The hermit kingdom isn’t really big on sharing news, particularly if it’s of the bad variety, so we won’t know anything until they’re ready to either produce him or offer some other sort of proof.

But given the dodgy nature of his overall health, we still have to consider the possibility that he might have shuffled off this mortal coil (or is on his way to doing so). And if so, what happens next? James Joyner published a deep analysis of what we might expect yesterday. As he reminds us, Kim’s grandfather and father had both arranged for their own successors prior to their deaths, so the transitions took place mostly in a smooth fashion. But Kim’s children are very young and there is no such clear path forward in this case. Might his sister, Kim Yo Jong be the next in line? Possibly, but that country has a deeply patriarchal structure and it’s unclear if the other powerful factions waiting in the wings would accept a woman as their leader.

The worst-case scenario is one where no clear successor emerges and the system completely collapses. For a look at what that might entail, Joyner points us to this analysis from Steve Metz at World Politics Review. It’s not a pretty picture.

Most dangerous of all, the entire system could collapse, with North Korea fracturing into a patchwork of ministates ruled by warlords. In this grim scenario, civil war and humanitarian disaster would be likely. Cash-strapped warlords might look to sell nuclear, biological or chemical weapons or technology, or use those deadly weapons against each other.

In any of these scenarios, China is likely to act quickly. The last thing Beijing wants is conflict on its border or chaos that might tempt the United States to intervene. If the existing regime survived, whether under Kim Yo Jong or another senior regime official, China would probably embrace and assist the new leader. But if North Korea collapsed into civil war, China might feel compelled to intervene directly.

I would tend to agree that China would move quickly if North Korea completely collapsed into internecine warfare. They don’t want that sort of an unstable situation sitting right on their border. But what would that intervention look like?

The most obvious (and heavy-handed) approach would be for China to move across the border and intervene directly, handing out food and other relief aid while using their military to reestablish order. Given the close ties between the two countries, most of the people probably wouldn’t push back too hard, particularly if they were being fed and some level of normal government services came back online. I doubt many of the feuding warlords would have the stomach for a fight against China’s military.

But that would effectively leave North Korea as a vassal state or protectorate. Whoever wound up in charge would doubtless require the stamp of approval from Beijing before they were allowed to take the reins in Pyongyang. It would also almost certainly derail any future efforts at reunification of the peninsula since South Korea isn’t about to abandon their long ties to the United States in exchange for the “privilege” of being a Chinese client state.

So is there any upside to this scenario? The only one that comes to mind is that China might completely seize control of North Korea’s nuclear weapons facilities. I’m not saying that’s an ideal solution, but China already has plenty of their own nukes and could reasonably be expected to act a bit more responsibly with them. Life for the average North Korean probably wouldn’t improve all that much over where they find themselves today, however. It’s not as if China would come in and close down Kim’s gulags since the CCP already operates plenty of their own. But if we no longer had a madman at the helm threatening to nuke the planet every other week, would we really be getting that bad of a deal? 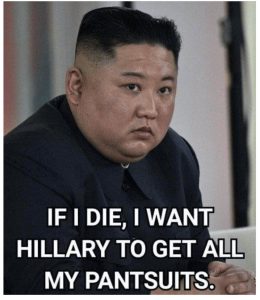 Globalists had to figure out a way to carry out a mass slaughter on a planetary scale without alerting the masses to what they...
Read more
World News