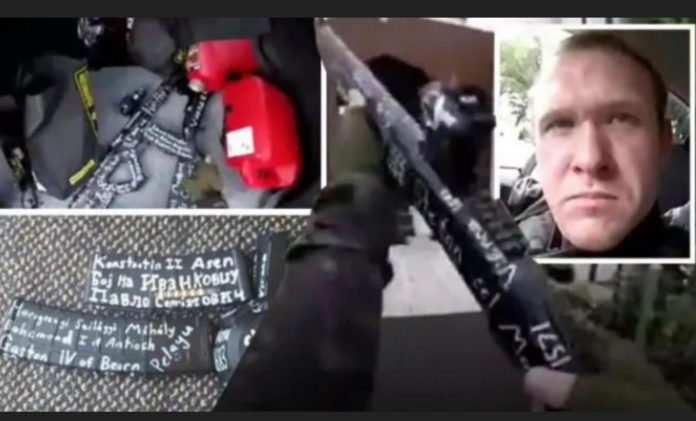 After nearly 20 months and numerous extensions, the high-level investigation into the Christchurch terror attack will today hand over its findings.

The terrorist’s shock guilty plea earlier this year meant no trial and the Royal Commission’s report will offer some of the only insight into how exactly the shootings were able to take place.

Two commissioners, Sir William Young and Jacqui Dean, were tasked with looking at the gunman’s activities in the lead up to 15 March, what security agencies knew about him, what – if anything – they did with that information, if those agencies could’ve prevented the shootings and what should be done to stop similar attacks in future.

Their report and findings will be handed to Governor-General Patsy Reddy and Minister of Internal Affairs Jan Tinetti today, who must then present the report to the House as soon as practicable.

The minister anticipates, but can’t guarantee, that will happen before Christmas.

It is possible the families of the victims and survivors could read the report before the wider public, Tinetti said, but added that would ultimately be a decision for the prime minister.

Jacinda Ardern will also decide how much of the report is made public, but the Royal Commission has prepared it so no redactions are necessary.

Another piece of the puzzle

Aya Al-Umari is still adjusting to life without her brother, Hussein, and describes the Royal Commission’s report as another “piece of the puzzle” for her and her family.

Hussein was murdered by the terrorist at Al Noor Mosque in Christchurch on 15 March, 2019.

“My one and only brother Hussein is gone and it is important for me that no sibling should have to go through what I went through, and no mother or father should have to bury their child in this manner,” Al-Umari told RNZ.

She is intrigued to see what the report will contain and hopes it will encourage New Zealanders to reflect and ask themselves questions like, “what can I do to reduce hatred or what can I learn?”

Multiple delays mean the delivery of the report is happening almost a year later than first expected, but Al-Umari is confident this means the investigation didn’t overlook key areas.

“Having the report back as soon as possible wouldn’t have bought our loved ones back or it wouldn’t have escalated the recovery of the injured or the traumatised victims,” Al-Umari said.

“The report did take however long it needed to take to have a quality outcome – I would rather that for the betterment of our future and safety.”

Like many others, Al-Umari wants the report released publicly before the end of the year and is also hopeful the government commits to all of the Royal Commission’s recommendations as soon as possible.

While the questions the Royal Commission would look to answer have been clear, what’s been discovered along the way is almost a complete mystery.

Nearly 400 people have been interviewed by the inquiry, including the terrorist, the prime minister, representatives from Muslim communities, members of police, foreign experts, the heads of the country’s spy agencies and gun lobbyists.

But strict suppression orders, which went as far as to ensure any communication or evidence provided by every single government agency and entity be kept secret, have blanketed the inquiry’s work – and the contents of those interviews – from the very start.

This secrecy has been widely scrutinised, with many fearing it would prevent state agencies from being properly held to account – but it wasn’t surprising. Staff were working with highly sensitive information from the country’s spies, the government and its agencies. RNZ has been told some material was so sensitive, it was only viewed by a few people with specific clearance in a secure room at one time.

It wasn’t just highly sensitive material the inquiry was working through, it also received more than 1000 public submissions – but they too will be kept secret.

Twenty-nine were made by members of Muslim communities and people directly affected by the attacks, while about 800 submissions were sent in by people linked to an organised firearm campaign.

At least two groups, however, took the unusual step of releasing their submissions publicly, revealing the complex and conflicting perspectives the inquiry has had to consider.

The Council of Licensed Firearms owners told the Royal Commission increased police resourcing and better management of the Arms Act is needed, rather than stricter firearm legislation.

While the Islamic Women’s Council claimed the shootings might not have happened, if it weren’t for the failures of agencies like the security intelligence service and police.

The complexity of the investigation, difficulty gathering top secret information and the Covid-19 pandemic mean the inquiry is handing over its final report almost a year later than first expected.

The inquiry was set to complete its work eight months after its establishment – in December last year.

But soon after the Royal Commission got to work, its timeline was criticised by those closest to it.

The group of Muslims guiding the inquiry, known as the Muslim Reference Group, described the original timeline as “unrealistic” and said it severely undermined the “complexity and gravitas” of the investigation.

In a letter sent to the former Internal Affairs Minister, Tracey Martin, the group explained how the short investigation didn’t allow adequate time for the community to grieve and to focus on Ramadan and Hajj.

The group’s calls were backed by the Federation of Islamic Associations and the Royal Commission itself and as a result, Cabinet ministers agreed to give the inquiry a new deadline of 30 April.

But just as the Royal Commission entered the final month of its investigation, it too was impacted by the Covid-19 crisis.

Officials working at home in lockdown were unable to access crucial classified information and struggled to get responses to draft sections of the report from agencies that were focusing on the pandemic response. Cabinet gave the inquiry two more months – until July – its second extension.

Martin later agreed to one final extension, until the end of November, to allow time for all relevant individuals and state sector agencies impacted by Covid-19 to respond.

And today, after nearly 20 months, the Royal Commission will hand over its final report.

Oh dear, Cindy has got herself into a bit of a bind over this. I bet she is wishing it can be released to the public during the xmas break. But her new besties want it released now. Who would bet against this being a whitewash.

The ONLY reason this gunman was able to get a gun license, was because Cindy in her infinite wisdom, took away plods ability to have a face to face vetting of the gunman. Why she did this is beyond belief.

I wonder if it has quietly been reinstated?

Previous articleHave Your Say
Next articleSpecial K Vs his cuzzie