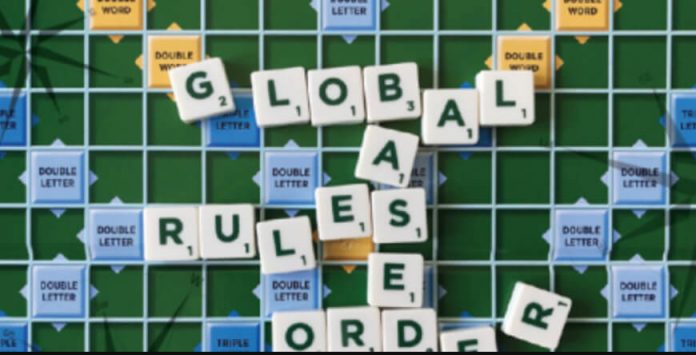 Jordan Schachtel
The “free world” is a troublesome slogan, as basic freedoms have become a radical concept in the year 2022. The western ruling class, which used to defend the idea of unalienable rights, has decided that such a term carries too many troublesome connotations regarding the freedoms of you, the members of the pleb class. So it’s time for a rebrand, and the deployment of some new rhetoric to protect the elites sitting atop the global hierarchy.
In demonstrating their supposed moral superiority, our ruling class is now coalescing behind what they refer to as the “rules-based” world order. 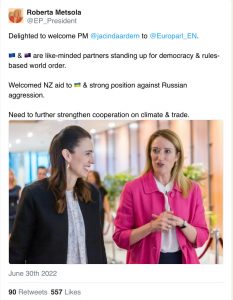 This “rules-based world order,” a bumper sticker slogan that has united the rulers of the Anglosphere, EU and NATO powers against their foreign and domestic enemies, is easy to define, once you understand what they mean by the word “rules.”
This barb is being deployed repeatedly at the Russian government (and the Chinese government in reference to trade policy), in condemning its invasion of Ukraine as violating the modern construction that is the liberal international order, or the illusion of “Pax Americana,” or better yet, the “rules” of territorial sovereignty established after World War II.
Of course, these rules are necessarily malleable, as our rulers have spent the last decades justifying their routine invasions of foreign nations under the banner of democracy, freedom, and the like.
And after two years of our prized “free world” autocrats unleashing relentless COVID-excused tyranny upon their own populations, the rules seem to be continuously changing and reoriented at a moment’s notice.
When Russia invades Ukraine, they are violating the rules-based order. However, when Western powers invade the Middle East and Africa, or subjugate their own citizens in the name of a virus, they are not violating the rules, because their hubris-fueled moral supremacy allows these powers to determine who is and is not in good standing with the “rules-based world order.” 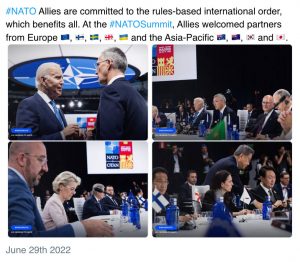 What our ruling class really means is that they want to continue making all of the rules. They have no moral high ground to claim, so a vague appeal to some kind of shared moral principles must suffice. In short, the “rules-based world order” is nothing more than a moral appeal to keep the same people in charge of everything. 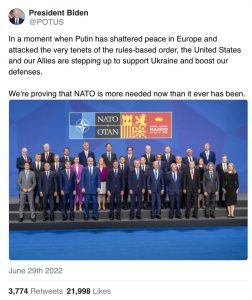 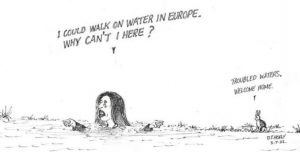 Previous articleHave Your Say
Next articleThis Is How You Protest