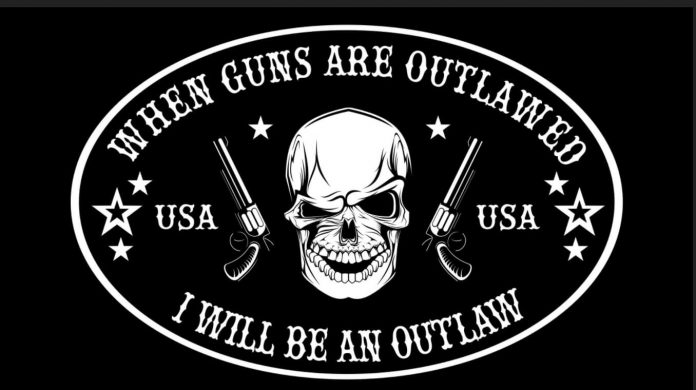 Governor Greg Abbott has declared that he wants the entire state of Texas to become a “Second Amendment sanctuary” as anti-gun Democrats seize power in Washington, D.C. 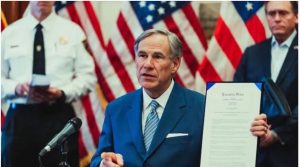 “I want to make sure that Texas becomes a Second Amendment sanctuary state so that no government official at any level can come and take your gun away from you, despite those people who said, ‘Heck yes, we’re going to take your gun,’” Abbott said during the Texas Public Policy Foundation’s 2021 Policy Orientation.

“We’re gonna say, ‘Heck no, you cannot take people’s guns away in Texas,’” he said in a self-censored reference to Beto O’Rourke’s quip during his presidential campaign.

Thetexan.news reports: Though O’Rourke’s line on the debate stage in Houston was meant to rally support from pro-gun control voters, it roused the concerns of pro-Second Amendment supporters.

While a handful of Texas counties had already passed resolutions declaring that they would not authorize the enforcement of any law that violates the state or federal constitutional protection of guns, the measure gained much more traction after O’Rourke’s comment.

By early 2020, commissioners in over 60 counties — often with the support of the county sheriff — had passed some sort of Second Amendment sanctuary resolution.

Though the number of counties to adopt the pro-gun measure came to a halt as the world shifted its focus to the coronavirus pandemic last March, gun sales have boomed to record highs based on firearm background check statistics.

With the Texas legislature now convened for its regular session, state lawmakers will now be debating the gun policies.

Dozens of bills have been filed by legislators on both sides of the political aisle, with Republicans aiming to bolster firearm protections and Democrats pushing for increased gun control.

Out of the gun legislation that has been brought forward so far, the Texas Firearm Protection Act is the most similar to the idea of a Second Amendment sanctuary.

Both bills — Rep. Steve Toth’s (R-The Woodlands) House Bill (HB) 112 and Rep. Ben Leman’s (R-Anderson) HB 919 — would prohibit law enforcement from enforcing federal measure “that purports to regulate a firearm, a firearm accessory, or firearm ammunition if the statute, order, rule, or regulation imposes a prohibition, restriction, or other regulation, such as a capacity or size limitation, a registration requirement, or a background check, that does not exist under the laws of this state.”

Rep. Steve Toth (R-The Woodlands) was one of the five filers of the bill in 2013 and filed it again this year.

In an interview after introducing the act again for the 87th Legislative Session, Toth said that the incoming Biden administration “has made it very clear that they’re coming after our guns,” but that “they’re gonna get a big ‘hell no’ out of Texas.”

“I have a ‘zero tolerance’ policy to prevent the erosion of our gun rights by the left and I will not stand for an oppressive federal government that systematically disarms our citizens,” said Leman when he introduced his bill.

In 2013, the Texas House of Representatives passed Toth’s bill with a 100 vote supermajority after its third reading, but the bill died in the state Senate.

How the legislation will fare this year has yet to be seen, but with Democratic control of the U.S. House of Representatives, exactly half of the U.S. Senate seats, and the White House, there is sure to be an appetite among many Republicans in Texas to push back against the federal government.

That includes Abbott, who is rumored to be considering a run for the presidency and emphasized his priority of focusing on the Tenth Amendment during his discussion at TPPF’s event.

“I still hold a record that will never be broken by anybody,” said Abbott. “I hold the record for the most lawsuits filed against Barack Obama — 31 legal actions against him.”

“We had to because the actions he was taking trampled upon Texas’ liberties based upon the Tenth Amendment. We need to go back to the fundamentals of the Tenth Amendment and reassert that against any potential encroachments that we see under the Biden administration.”

Previous articleArmed to the teeth
Next articleHave Your Say

Biden Announces a New Plandemic Right before the Midterm Elections The Democrats aren’t even bothering to hide it anymore. They need lockdowns and mail-in ballots...
Read more
Chinese Virus