You Stupid Boy
Home Finance Saving For The Future

Saving For The Future

“How Marshmallows Could Make You Richer”

Or turn $500 into ten thousand dollars, twelve months from now?

Which would you choose?

As strange as this sounds, the answer to this question all comes down to a weird series of experiments…

Mischel and his team tested hundreds of children — most of them around the ages of 4 and 5 years old — and revealed what is now believed to be one of the most important characteristics for success in health, work, and life. 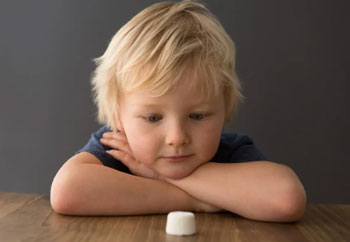 The experiment was simple…

The child was led into a room where a marshmallow or other treat was placed on a table.

At this point, the researcher made an interesting proposition to the child…

Eat the treat now… or, wait for 15 minutes and get two treats.

The results? About a third of the children were able to wait for the second treat for up to 15 minutes.

But Mischel and his team tracked those children for several decades after the experiment, and what they discovered years later has become somewhat legendary…

The children who were willing to delay gratification ended up having higher SAT scores, lower levels of substance abuse, lower likelihood of obesity, better responses to stress, better social skills as reported by their parents, and generally better scores in a range of other life measures.

The researchers followed each child for more than 40 years and over and over again, the group who waited patiently for the second marshmallow succeeded in whatever capacity they were measuring.

Delayed gratification appears to be a primary driver for success in all areas of life!

But what does this have to do with investing?

It all has to do with an important concept called…

The Time Value of Money

When it comes to money, we humans are – more often than not – really bad at it.

Especially when presented with the option of “instant payouts” vs “bigger, long-term gains.”

Most people would pick the first answer.

Why? Because all things being equal, money today is better than money tomorrow.

The only compelling reason to delay gratification is if the future reward is “worth” the wait… and you have a reasonable expectation of it happening as promised!

But here’s the problem with investing…

The biggest gains in investing – and in life – come from compound interest, over long periods of time.

But unless those gains are guaranteed (which they aren’t), it means there is always an element of risk involved.

This is why the very best investors and entrepreneurs are obsessive about risk management!

And they are hyper-focused on reducing the most well-known – and most likely to happen – risks that prevent returns.

If you don’t have a strategy in place for legally minimizing your taxes… you’re missing out on what is essentially “guaranteed returns.”

But if you have a strategy in place – and properly structured, tax-advantaged accounts set up – you can potentially minimize (or even avoid, entirely) your most predictable risk.

Generally speaking, a lot of people – even if they are frugal – wind up losing big money on big-ticket purchases.

Why? Because of how financing options work (i.e. a mortgage).

Often, people wind up taking the “default” financing option offered to them and end up paying way more than they should. Be it in higher interest rates, longer amortization periods which front-load interest payments, or other creative ways which banks try to extract dollars from us.

But if you have a process for continually increasing your creditworthiness…

And guess what? If you have access to enough credit, you now have access to all kinds of different investment opportunities that require far less up front risk on your part.

Want to know the secret to big, fast, and guaranteed losses?

Racking-up high-interest debt that compounds into a death spiral that costs you thousands – or worse, forces you into bankruptcy.

If you don’t have a plan for getting out of this debt (either through credit repair, debt consolidation, or a savings plan), this is an obvious place to focus on.

But the biggest risk of all?

One of the most common reasons why people want to invest is to leave some sort of financial legacy to their family.

According to a study of more than 3,200 high-net-worth families by the Williams Group wealth consultancy…

About 70% of wealthy families lose their fortune by the second generation… and 90% by the third generation!

Contrary to popular assumption, only five percent of that failure is due to bad investment, poor tax planning, or inadequate performance by legal and financial advisors…

The number-one reason family wealth management fails is the family itself.

Poor communication, lack of trust, divergent visions, and a failure to prepare succeeding generations will tear down the resources the family has worked so hard to build.

However, it is a problem that you – the steward of your family’s wealth – can.

It all starts with having a plan in place for consistently compounding your wealth… year in and year out.

After that, it’s all about communicating that plan to your family – and advisors – to help keep things on track.

Previous articleShow This To Angry Little
Next articleHave Your Say