You Stupid Boy
Home US Politics Saving the Taxpayer Billions 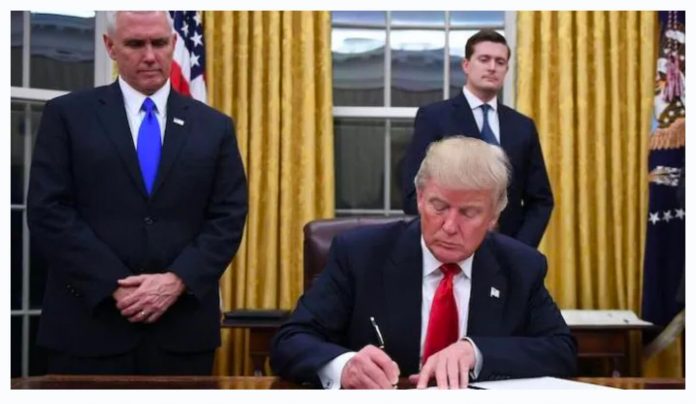 Trump Implements Ban On Welfare-Dependent Immigration to US

The Trump administration has begun implementing new federal regulation designed to stop welfare-dependent legal immigrants from permanently resettling in the United States in a move that is set to save the taxpayer billions of dollars.

President Trump’s ban on allowing welfare-dependent legal immigrants to resettle permanently in the United States is expected to save American taxpayers about $1,600 a year per immigrant.

Taxpayers have been spending $57.4 billion every year on paying for the welfare, crime, and schooling costs of the country’s importation of 1.2 million new, mostly low-skilled legal immigrants.

Breitbart report: After the U.S. Supreme Court gave the green light for the regulation, the Trump administration on Monday began applying what is known as the “Public Charge” rule — a rule whereby legal immigrants are less likely to secure a permanent residency in the U.S. if they have used any forms of welfare in the past, including any cash benefits for income maintenance, Supplemental Security Income (SSI), Temporary Assistance to Needy Families, Supplemental Nutrition Assistance Program (SNAP)– otherwise known as food stamps, Medicaid, and certain taxpayer-funded housing programs.

The rule is a boon for American taxpayers in the form of an annual $57.4 billion tax cut — the amount taxpayers spend every year on paying for the welfare, crime, and schooling costs of the country’s mass importation of 1.2 million new, mostly low-skilled legal immigrants.

In 2017, National Academies of Science noted that state and local American taxpayers are billed about $1,600 each year per immigrant to pay for their welfare and revealed that immigrant households consume 33 percent more cash welfare than American citizen households.

In California — with the largest noncitizen population in the country at almost 11 million or nearly 30 percent of the state’s total population — more than seven-in-ten, or 72 percent, of noncitizen households are on at least one form of welfare. Compare that to the findings that only about seven-in-twenty, or 35 percent, of native-born households in California are on welfare.

No reason why we here cannot implement a similar policy.

Previous articleHave Your Say
Next articleWhat does coronavirus feel like?