You Stupid Boy
Home Freedom of Speech Say No To Hate Speech.

Say No To Hate Speech. 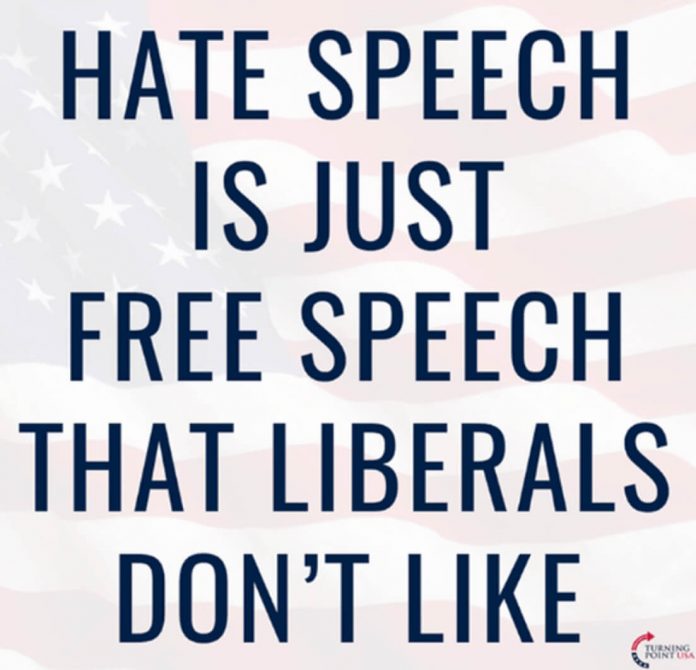 My father taught me that the key to success on the rifle range was to clearly identify your target, take time to breathe, and act consciously. This is true of life as well. The outcome of every task is affected by the steps we take, and how we take them.

I recognise the steps we are taking toward hate-speech legislation. I saw them two years ago when the Government introduced new firearm legislation following the Christchurch terror attack. Those hasty steps were poorly thought through. The result was expensive and ineffective changes to laws that had previously kept our nation safe. I fear it is about to happen again.

Following the terror attack on Christchurch, our nation was in shock. During our mourning, Prime Minister Ardern declared that “our gun laws will change”. The new laws were passed within a month.

The rush was opposed. Many people said it was wiser to wait until the Royal Commission Report was complete. More than 90% of the 4,210 public submissions were partially or fully against, and only 5.8% supported the proposals.

Ardern dismissed valid concerns to push through law changes without critical evidence from the Royal Commission’s report. The Commission found that the event had nothing to do with anything changed by Ardern’s firearm law change. What it found was a failure of police to correctly administer the Arms Act when it gave the March 15 terrorist a firearms licence.

As a result of the rushed process, the government’s clampdown on firearms and seizures of high-powered semi-automatic weapons has had no impact on a rise in gun crime and violence in New Zealand.

The law changes have only made it harder for the more than 250,000 regular kiwis to use their firearms safely for sport, food gathering and work. In passing the laws the Government unfairly scapegoated these people.

The confiscation of firearms from legal owners might have made the Government feel good, but it did not make one New Zealanders safer. Criminals and their caches of contraband firearms continue to put the lives of front-line officers and members of the public in danger.

That is what happens when you prepare poorly. The proposed hate-speech laws have even wider consequences which will impact every New Zealand citizen.

This time Ardern has been happy to claim we have evidence from the Royal Commission. Its report found the Christchurch terrorist was influenced by content found on far-right message boards and digital communities. It said research showed correlations between hate speech and hate crime, and recommended that our hate-speech laws be updated. It didn’t say what hate speech is, or how to change the law to prevent future violence.

As with the firearm laws, I think the Government has not identified its target, and it did not take a breath before drafting these hate-speech plans.

Like the law-abiding firearm owners, it will only be normal kiwis who fall foul of rules that outlaw speech someone finds offensive. The real haters – those with violence in their hearts as well as their words – will be unstoppable.

For example, the speech on the parts of the Internet where the terrorist hung out would be unaffected by the proposed law changes. These message boards exist in the “dark net”. They are unfiltered and untouchable spaces where users can express their hatred within an echo chamber of like-minded people.

Banning speech will not stop the ideologies which fuel hateful speech, it will force them underground where they will fester unchallenged and unreported. It would not have stopped the terrorist, The Commission concluded that he did not speak openly about his views. He kept to himself and acted as a lone wolf to avoid discovery prior to the attack. Hate speech laws are not going to identify or dissuade people that share the values of the terrorist.

The freedom of speech and to express unpopular opinions is a cornerstone of our democracy. It is the way we test orthodoxy and extremism alike. To rush a deep cut into this principle places all New Zealanders in danger, particularly those with less of a voice, like Maori, Pasifika, Muslim, and LGBTQI. We cannot afford to rush to a conclusion again. To ban hate-speech is a cowardly approach that will deny our nation of the exceptional orators of the future that I believe are the solution to defeating hatred where it should arise at home and abroad.

So on hate speech laws, as we should have with firearms, I urge New Zealanders to clearly identify the target, breathe, and consult meaningfully. Once the process and desired outcome is clear, act decisively, even if it means no new hate-speech law at all.