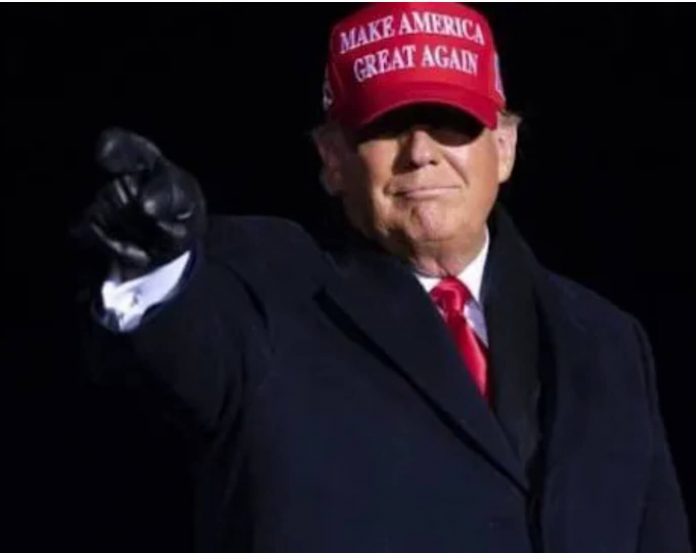 Poll: 64% of Republicans, 15% of Dems Would Join New Trump Party

A whopping two thirds of Republicans would consider joining a new Trump-endorsed party, according to a newly released poll.

Despite two impeachments and endless negative media reports, a new survey conducted at the end of January 2021 found that 64 percent of Republicans would consider dumping the Republican Party to join a new party based on President Trump’s agenda.

Of that 64 percent, 32 percent said they would “very likely” join a new party.

Surprisingly, 15 percent of registered Democrats and 28 percent of Independents polled said they would likely join a the new Trump party too.

Nationalfile.com reports: One political pollster, after crunching he numbers, suggested that if the former President were to actively launch or give his blessing to the formation of a new political party that the new entity would displace the GOP to become the second largest political party in the nation. 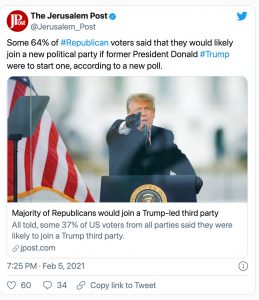 “These numbers show that despite the Capitol riots Trump remains a political force to be reckoned with,” Dritan Nesho, CEO and chief pollster at HarrisX, told reporters. “He benefits from a diverse base of support making up over a third of voters, voters who are attracted to him on a number of issues that are yet to be properly addressed by, and coopted by, Democratic and Republican elites.” 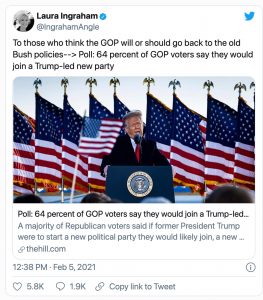 As hyper-partisan Democrats – and swamp creature establishment Republicans – prepare to execute what an overwhelming number of constitutional scholars believe to be an unconstitutional move to impeach a President who has already return to private citizenry, it appears – by virtue of this polling – that they are all but committing political suicide.

Previous articleYou couldn’t do this here
Next articleHave Your Say