You Stupid Boy
Home Chinese Virus Should We Be Doing This Here?

Should We Be Doing This Here? 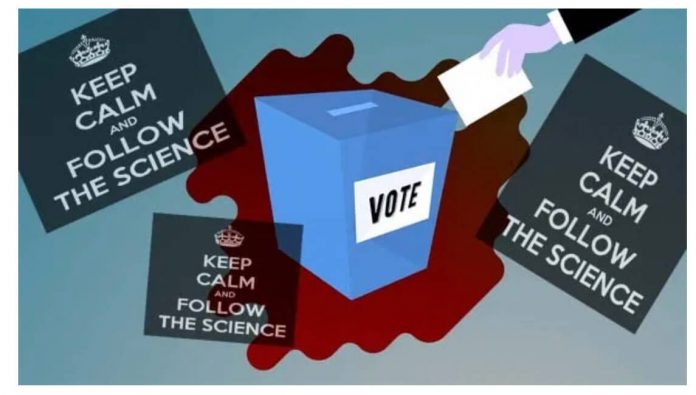 An Apolitical Solution To Political Turmoil?

During the pandemic many of us have written to our elected officials to little or no effect.  We have stood by watching, sometimes slightly astonished, by the way politicians refer to “the science.”  Do they know what they are talking about?  It has felt as if democratic representation has evaporated.

Recently I have met an increasing number of people who feel “politically homeless,” no longer represented by the main parties.  As a result of this we have set up a new political ‘identity’ to contest the UK May local elections.  This article sets out our reasons for doing so.

As a market researcher and statistician I am used to helping organisations make decisions based on data and evidence.  Talking to local Councillors and decision makers it became clear that, whilst there was plenty of information out there, it was often “hidden on the internet” or presented in complex language.

Our initial idea, formulated prior to the pandemic, was to create a “People’s Portal” providing practical information in an easily understandable form.  Taking a recent example, a planning dispute about new houses on the marshes near where we live, if a decision maker or campaigner was interested in drainage of the marshes, they would be able to find some helpful information, summarised by someone with practical experience in this topic.

If there were two or more sides to the debate, perhaps a better outcome would be reached if they referred to relevant information.

It’s often easier to make a difference at a local level and it can have a more direct impact on your day-to-day life.  Taking another recent example, last summer we worked with the local Chamber of Commerce and succeeded in overturning some of the proposed lockdown measures.  This confirmed that we can succeed and inspired us to register The Democratic Network as a political party in January.

Our aim is to remove party politics from local decision making, representing the interests of all local residents and businesses.  Our constitution requires candidates to agree to the three pledges listed in the visual at the top of this page, to be democratic, accountable and practical.  We just want to do the job as specified.  It is slightly ironic that to do this we have to register as a political party.  A better description is an “apolitical network” as our new twitter handle (@aPoliticalNtwk) implies.

The Democratic Network is also the first party to support campaign group Time for Recovery’s “Five Reasonable Demands for good Government during Covid-19.”  They are:

Give equal regard to all lives

Hold a comprehensive public inquiry and a balanced public debate

Safeguard all that makes life worth living

Get the economy moving for the sake of our children.

An online poll by research company Yonder found that three quarters of adults would support the adoption of these demands by the government.

If the issues raised in this article interest you please visit our website www.TheDemocraticNetwork.org. At the bottom of the page you can take our Network Survey and let us know your views on health, democracy, policing and media.  At the end of the survey you can ask for information if you want to stand in the May or future elections.  You can also opt in to support candidates across the political spectrum.  500 people have already signed up to stand or support with over 200 interested in standing.

May 6th will be the first test of the UK Government’s popularity since the last general election.  We can do more than just send a message; with your help we can make a difference…we can get elected.