You Stupid Boy
Home World News Showing Up The Yanks

Showing Up The Yanks 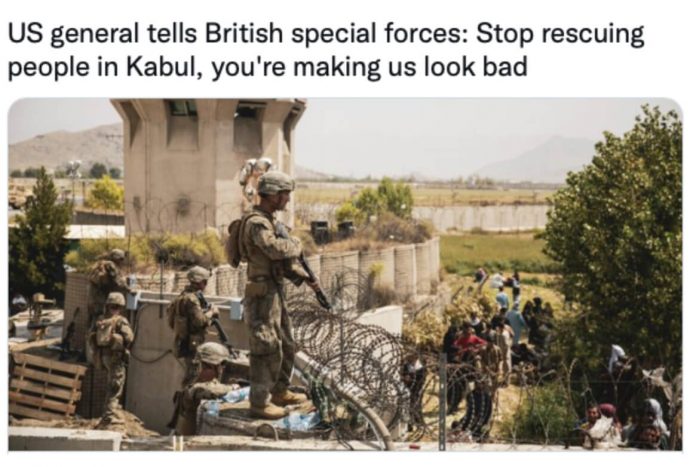 I understand that the commanding general of the 82nd Airborne Division has told the commander of the British special forces at the Kabul airport to cease operations beyond the airport perimeter.

Previous articleTelling the Truth
Next articleMisinformation and Proud of It