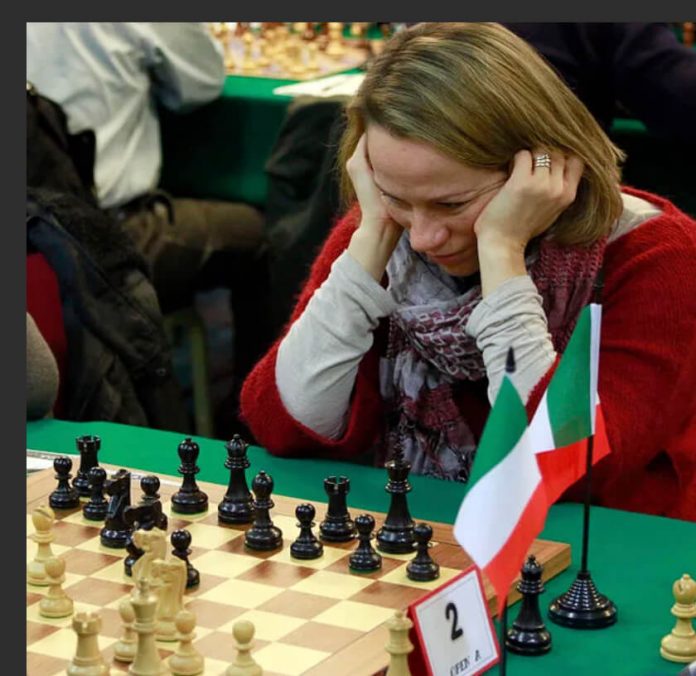 Why There Are So Few Female Chess Grandmasters.

At the time of writing, there are 1,731 chess grandmasters, the acknowledged leaders in their field. …

How many women currently hold the grandmaster title? Only 37 as of January 2021. That’s just 2 percent.

There are several hypotheses bruited about to account for this gargantuan disproportion. …

Are there any “male-only” chess tournaments? Not to my knowledge, at least not for the last three decades. There may be a few ignorant parents who tell their daughters that chess is unfeminine and those nice girls do not do that, but this hardly explains the phenomenon mentioned above. (Hint: For single women wishing to meet a guy, enter a chess tournament! The odds are fantastically in your favor!) …

Females are perhaps just less interested in this nerdy game than males, many of whom are effectively addicted to it.

With testosterone comes competitiveness. Even including chess’s many draws, this Game of Kings is highly competitive. Although the players sit on their rears for hours on end, their heart beats are similar to those of marathon runners. …

Chess is a game of geography. Good players keep their eyes riveted on 64 spaces. It may well be that men are, to a far greater degree than women, hardwired topographically.

An obvious instance of this is that men generally have a better sense of direction than women. Why should this be? One hypothesis stems from sociobiology, or evolutionary psychology. When our species was living in trees or caves long ago, women stayed close to home base, picking berries, washing, cooking, and cleaning.

The standard deviation of male abilities is far greater than that of females. Women are God’s, or nature’s, insurance policy. Men are His, or its, crap shoot.

We find very few women in mental institutions, prisons, or homeless shelters. These places are far more often inhabited by men. People of this ilk often lie two, three, or even four standard deviations below the mean. Similarly, we see very few women on the outer reaches of STEM, economics, and, yes, chess. …

Make no mistake, chess, at top levels, takes a lot of brain power. You have to memorize hundreds of opening moves. Success does not come by seeing into the future of the game by a mere half dozen moves. Triple that, and you are closer to the miracles these brainiacs often perform. But there are very few women with abilities two, three, and four standard deviations above the mean.

A classic issue of reality versus political fantasy, rarely mentioned in the mainstream media.

Wait for some woke offended person to complain that because there is no mention of “diversity” in this article, it must be racist

How Farmers And Scientists Are Engineering Your Food “Flavour is a re-emerging trend, without a doubt,” says Franco Fubini, founder of fruit and vegetable supplier...
Read more
World News