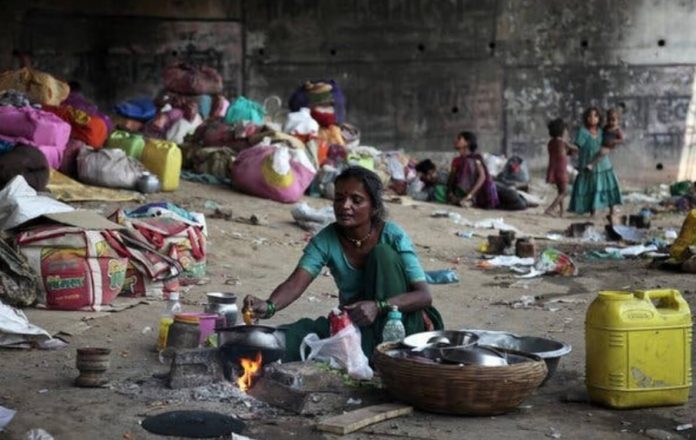 ‘Pension’ for kids could level income inequality between young and old

A “pension” for kids is being touted as one way to address child poverty in New Zealand – and there’s a suggestion it could be funded by means-testing superannuation.

Data released this week by Children’s Commissioner Andrew Becroft showed 17 per cent of New Zealand children now live in households existing on less than 50 per cent of the median household income.

Almost 150,000 children have to regularly go without six or more essentials, such as decent shoes, enough food, the ability to see a doctor or pay electricity or gas bills on time.

How many kids pay for these six mentioned items? Talk about bullshit. All he is trying to do is increase the payments to the parents by using the kids as a sympathy thing.

Becroft said that meant a crowd of kids bigger than the population of Dunedin – or every spectator seat in Eden Park filled twice – was seriously struggling to get by.

The Government has pledged to get the child poverty rate to 10 per cent by the end of the 2021 financial year.

Commentators say the reason is clear – New Zealand Superannuation, which is not means-tested and is available to anyone who is over 65 and has met the residency requirements to receive it.

In 1993, a multi-party accord on retirement income policies ensured that increases to the pension would follow a price index, while being kept to between 65 per cent to 72.5 per cent of the national average wage. Other benefits are not indexed in the same way.

Economist Shamubeel Eaqub said the experience of superannuation showed that a universal payment was an effective way to reduce poverty in a swathe of the population.

Doing the same for children would have the same effect, he said. “Would it cost a lot of money? Yes. Would it provide lots of benefits? Yes.”

It would not be the first time such an initiative has been offered: New Zealand had a family benefit until April, 1991.

“If there was a Grey Power for children I doubt we’d be in this position,” Becroft said.

“What we did for the over-65s in the early 90s was terrific…if we were prepared to prioritise under-18s we could do the exact same thing with children, young people and families struggling.”

Families who relied on a benefit had fallen further behind in income terms over the past 30 years since rates were cut by the “mother of all budgets” in 1991, he said. The relativity of benefits to incomes had never recovered.

But Eaqub said politicians had to convince the voting public, who were reluctant to make sacrifices.

“If I had my way you’d take it away from the decrepit old folk and give it to the young ones. Make super means-tested and a benefit for children unconditional. Older people don’t need it, they have money.”

He said there was a perception that if parents were given money for their children “feckless” people would spend it on alcohol and drugs. “That’s a very unhelpful and unfair characterisation. Most people don’t do that.”

International studies had shown that predominantly when low-income people were given more money, they spent it on their children, he said. “I would rather have a benefit universally applied to that group of people than older folk who have had 60 years to accumulate wealth to look after themselves. Children have no choice There’s a much stronger case for universality for children.”

Researcher Jess Berentson-Shaw said the old-age pension had been driven from a desire to help people who were locked into “miserable post-work lives”. “Using that same lens to look at children – they’re potentially locked in for their whole lives, an experience in which they don’t get all the opportunities children born to wealthier parents do. They don’t get all these things people need to participate in society.”

Berentson-Shaw said the country would need to change its thinking from being around who “deserved” help to what would help people thrive. “What do people in New Zealand want for kids? We can have a conversation about the cost but if we agree we all want all children to thrive then what’s the most cost-effective way to ensure all children thrive? Super came about because it mattered that old people had okay lives after they retired. It really matters to us that children don’t just survive but do well.”

How much such a scheme would cost would depend a lot on how it was designed.

Becroft said it could be done. “We have got a surplus. Borrowing is just about dirt cheap, free. Why didn’t Grant Robertson spend some of the $12 billion on children and families instead of infrastructure? It would grow the economic immediately and benefit families and children immediately. I would be in flat out dereliction of duty if I didn’t challenge the Government on that point.”

He said he could understand the reasoning for a call for universality of a benefit for children but said, given the statistics, it would be most effective to target extra money at the children whose families were struggling the most. “Those to whom the trickle-down effect did not reach.”

Berentson-Shaw has argued for an unconditional payment of $200 a week for families raising a child under three and additional payments for low-income families. She said the evidence showed that targeting the youngest years of a child’s life would have the biggest payoff.

That would cost about $1.8 billion on top of current paid parental leave and parental tax credits.

At the moment, the pension costs about $12b a year, an amount that is forecast to increase significantly over time as the population ages.

There are about 1.5 million households with dependent children.

Eaqub said any investment in improving their wellbeing would provide a payoff for the country in terms of children’s eventual employment outcomes, better health and less crime.

Berentson-Shaw agreed: “The conversation about poverty isn’t as useful as a conversation about what it does for people’s lives and for the wider society. When a whole lot of people are doing better, of course the country will do better.”

But it would require a bold, targeted effort. “Roll on supporting infrastructure in New Zealand but why is it either or? Why not inject into the economy spending by families on children?”