You Stupid Boy
Home World News Something Came Over Him.

Something Came Over Him. 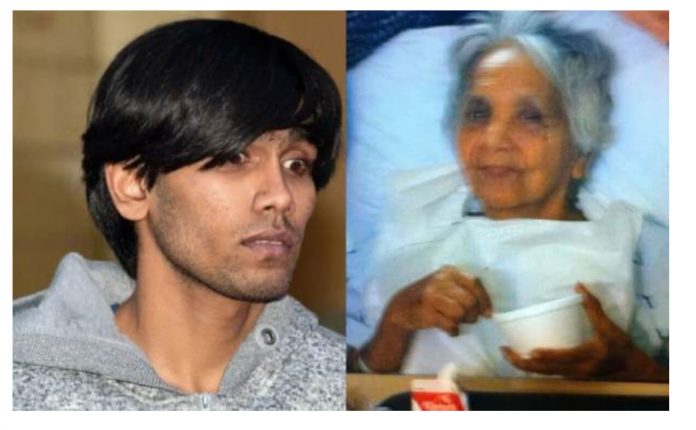 “The man accused of sexually assaulting and killing a 92-year-old woman in Queens claimed to cops that he’d been trying to help the old woman — but then he lost his balance, his belt broke, his pants fell down and his genitals accidentally came in contact with hers.”

Why does this keep happening?

One survivor of a Muslim rape gang in the UK said that her rapists would quote Quran to her, and believed their actions justified by Islam. Thus it came as no surprise when Muslim migrants in France raped a girl and videoed the rape while praising Allah and invoking the Qur’an. And the victim of an Islamic State jihadi rapist recalled: “He told me that according to Islam he is allowed to rape an unbeliever. He said that by raping me, he is drawing closer to God…He said that raping me is his prayer to God.”

The Qur’an teaches that Infidel women can be lawfully taken for sexual use (cf. its allowance for a man to take “captives of the right hand,” 4:3, 4:24, 23:1-6, 33:50, 70:30). The Qur’an says: “O Prophet, tell your wives and your daughters and the women of the believers to bring down over themselves of their outer garments. That is more suitable that they will be known and not be abused. And ever is Allah Forgiving and Merciful.” (33:59) The implication there is that if women do not cover themselves adequately with their outer garments, they may be abused, and that such abuse would be justified.

The man accused of sexually assaulting and killing a 92-year-old woman in Queens claimed to cops that he’d been trying to help the old woman — but then he lost his balance, his belt broke, his pants fell down and his genitals accidentally came in contact with hers, it was revealed in court Friday.

The suspect, 21-year-old Reeaz Khan, told detectives that he found the woman, Maria Fuertes, on the ground near Liberty Avenue and 127th Street in Richmond Hill at about midnight on Monday and tried to help her, a prosecutor said at his arraignment on Friday.

Khan told detectives, “He fell down, his belt broke, his pants fell down and his penis fell near her vagina,” the prosecutor, Joseph Grasso, said in court.

At that point, something came over him, Khan claimed.

“Defendant then stated that he did lift up her skirt and he tried to put his penis inside of her,” the prosecutor added.

Sources previously said Khan admitted to suffering “uncontrollable urges,” and said that this was the first time he acted on them.

Fuertes lay half-dressed in 32-degree weather for two hours before she was found, conscious but “incoherent,” at around 2 a.m., according to the criminal complaint.

She suffered a broken spine, rib fractures and bruising on her chest and neck, among other injuries, according to court papers.

Prosecutors noted investigators have collected significant surveillance footage that places Khan at the scene and traces him back to his house.

He was ordered held without bond and is due back in court on Jan. 15.

His defense attorney asked the judge that he be placed in protective custody while he is behind bars.

Khan allegedly followed Fuertes from Liberty Avenue onto 127th Street, where he came up behind her, threw her to the ground and attacked and sexually assaulted her, police said.

“There was some sort of physical contact between the two … causing both of them to fall to the ground, where they landed behind a parked car,” Deputy Chief of Detective Bureau Queens South Joseph Kenny said earlier Friday.

Queens District Attorney Melinda Katz, noting the victim was found “with her clothes pulled above her waist and near death,” called the slaying “a senseless, brutal act of violence.”